From: CultureMap Houston
By: Ryan Lakich

The post office and bank of Willie Nelson’s Luck, Texas were left in ruins by a tornado.

Photos of the storm’s damage were posted to Nelson’s official Facebook. “Our beautiful Luck wasn’t so lucky recently,” reads the post. “Last week’s tornado force winds ripped several buildings apart, including the bank, the post office and left World Headquarters holding on by a splinter.”

Luck, Texas, modeled after an old Western town, was originally built in 1986 as the set for Red Headed Stranger, a film starring Nelson that was inspired by his 1975 album of the same name.

Although Luck isn’t normally open to the public, the iconic town occasionally is used for events, such as Heartbreaker Banquet, a one-day music festival held during SXSW. The town was most recently seen in the music video of “You Don’t Think I’m Funny Anymore,” which featured Luke Wilson, Owen Wilson, Jessica Simpson and Woody Harrelson along with the Red Headed Stranger himself.

Luck also serves as the home for Nelson’s rescue horses, which can be adopted through Habitat for Horses. There are no reports of any horses being injured during the storm. 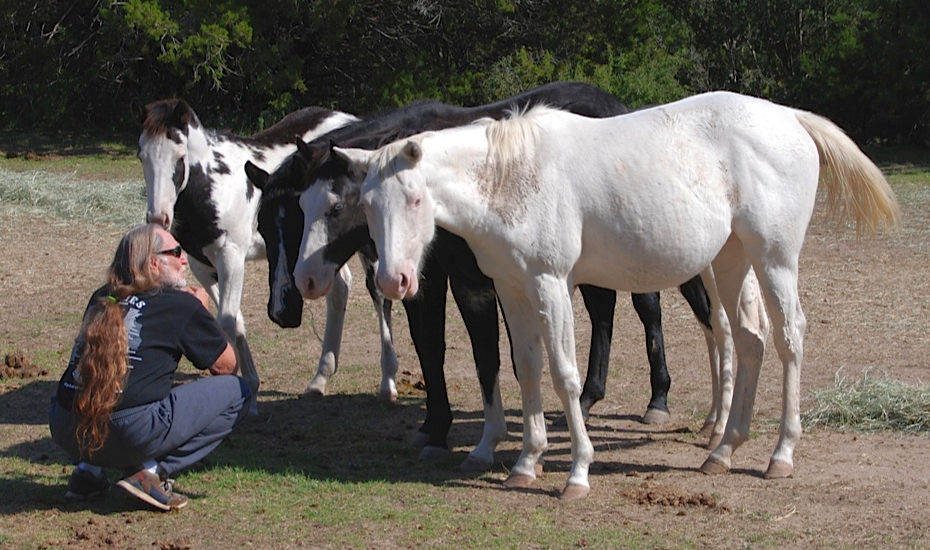 Regarding the future of Luck, the Nelson camp remains positive. “Some towns got it a lot worse, so we aren’t complaining,” reads the Facebook post. “Luck is a tough town. It can be rebuilt.”