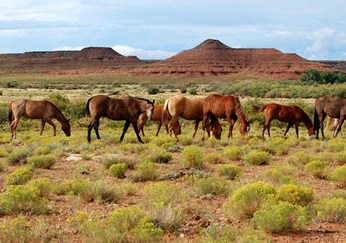 Once again, cattle owners look to misinform the public placing wild horses in direct competition for land and water when they are not – both legally and literally. Overall, the numbers of cattle are far more and do much more damage to the land’s their owners lease from the government than the wild horses. And those leases, in some instances, violate the Wild Free-Roaming Horses and Burros Act of 1971. Of course no one in the media wants to talk about the pressure on water availability being placed on the Western BLM lands by energy concerns. The BLM makes millions off of leases for fracking and other Big Energy deals in the West. And those projects use water. The wild horses get the short end of the stick in all of this and the cattle ranchers are not far behind. ~ HfH

From: ABC 15 Arizona
By: Associated Press

RENO, Nev. – Wild-horse advocates fighting government roundups across the West are citing past rulings that shot down their own legal challenges in urging a U.S. judge to throw out a lawsuit by livestock interests seeking the removal of thousands of more mustangs from the range.

Although somewhat successful in a few isolated cases in Nevada in recent years, horse groups routinely have been turned away over the past decade by federal judges who say the courts lack the authority to overrule the expertise of the U.S. Bureau of Land Management.

They point to a series of such rulings in a motion filed this week in U.S. District Court in Reno to dismiss a lawsuit by the Nevada Farm Bureau Federation and Nevada Association of Counties.

The rural groups argue more roundups are necessary to cull overpopulated herds competing with livestock for water and forage. The suit filed in December seeks to force BLM to sell older horses deemed unadoptable without the usual prohibition on resale for slaughter.

The American Wild Horse Preservation Campaign and others said in requesting dismissal of the suit that the plaintiffs “seek to overhaul the entire program through litigation” but fail to cite any specific agency action that violates the law, including the Wild Free-Roaming Horses and Burros Act.

It’s “the latest attempt by ranchers to create a legal facade to give the BLM an excuse to cave in to their interests and remove more mustangs,” said campaign director Suzanne Roy. She called the suit a “meritless legal assault on federally protected wild horses and burros by ranchers who view these national icons as competition for cheap, taxpayer-subsidized grazing on our public lands.”

BLM estimates there are 40,600 wild horses and burros on federal rangeland in 10 Western states — 14,000 more than the agency maintains the land can sustain. About half of the mustangs are in Nevada.

The Farm Bureau argues the overpopulation “has severe impacts on the health of the horses as well as the ecological health and sustainability of Nevada’s rangelands.”

“Loss of use of public lands as well as the cost of services associated with the health and safety impacts … decreases tax revenues and yet increases the costs that counties must bear,” the county coalition said. 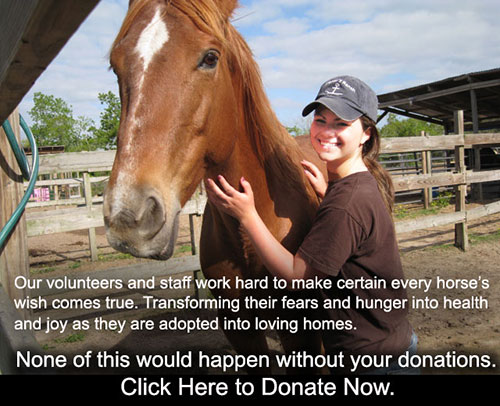