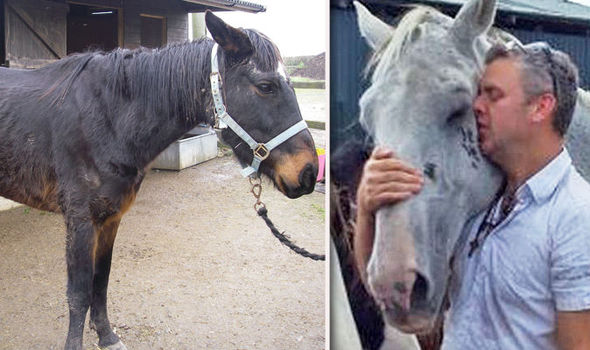 A FAMOUS horse whisperer charging £30 an hour to help riders with troublesome animals left his own herd to suffer and starve.

Raymond Sparks-Clark has now been banned from keeping horses for four years after being convicted of cruelty. RSPCA investigators found a “heart-breaking level of neglect” when they went to his field on Valentine’s Day last year.

Horses were described as starving, covered in lice and very frightened. One called Pria was so thin and unsteady on her feet there were fears she would soon collapse.

After a vet checked the level of suffering, the RSPCA decided to move the animals but, less than a month later, the charity received another complaint.

This time when the RSPCA visited the same field there were more horses at risk. A grey mare called Lady was described as so emaciated and suffering from “rain scald” and an untreated leg injury that she was also removed on veterinary advice.

Sparks-Clark, 43, who comes from North Lane, Otherey, Somerset, was found guilty last week of three counts of cruelty to his herd after a four day trial.Taunton Deane Magistrates banned him from owning horses for four years, handed down a two-year conditional discharge and ordered him to pay £400 costs.