What happened at the NV auction?

Habitat For Horses / breaking  / What happened at the NV auction?
5

What happened at the NV auction? 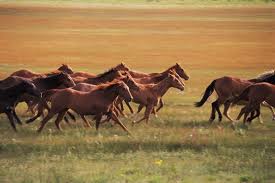 This is what happens when horse advocates work together – as reported by The Cloud Foundation: 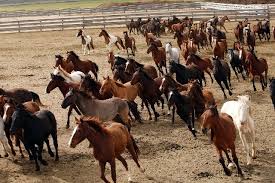 RENO, Nev. (August 23, 2013) – On Wednesday US District Court Judge, Miranda Du, lifted a Temporary Restraining Order (TRO) which allowed for the sale of 149 unbranded wild horses captured by the Fort McDermitt Paiute and Shoshone Tribe in northern Nevada. Realizing that these unbranded wild horses were likely bound for slaughter in Canada and Mexico, Ginger Kathrens of The Cloud Foundation (TCF) reached out to Victoria McCullough of the Triumph Project in Wellington, Florida. McCullough in turn asked Florida State Senator Joseph Abruzzo to begin negotiating with the tribe and an offer was accepted today.

Behind the scenes, this effort was a collaboration of not only the Cloud Foundation but other organizations committed to horse protection. These include Suzanne Roy and Deniz Bolbol of American Wild Horse Preservation Campaign (AWHPC), Ellie Phipps Price a northern California businesswoman, Madeleine Pickens of Saving America’s Mustang, Jim Hart of Liberty for Horses, Sally Summers of Horse Power, and Neda DeMayo of Return to Freedom who agreed to provide homes for the 149 animals, which includes 16 mares with foals.

“What an incredible, collaborative effort by all involved.” said Ginger Kathrens. “Acting as a team, and with Victoria’s tremendous support, we are able ensure a future for mustangs that were a heartbeat away from a long journey to slaughter.”

Through the collaborative efforts of the wild horse advocacy groups, and private parties, the purchase of all 149 wild horses has been negotiated. The horses will be going to their permanent and temporary homes in California and Nevada today and tomorrow.

This purchase would not have been necessary if the US Forest Service (USFS) and Bureau of Land Management (BLM) weren’t negligent in their duties to protect wild horses and burros as charged by the 1971 Wild Free Roaming Horse and Burro Act. The Wild Horse & Burro Act imposes criminal liability for “willfully” removing wild horses from public lands converting wild horses to private use, maliciously causing the harassment of a wild horse or selling a wild horse on private land. This entire roundup should have been stopped by the BLM and USFS until they determined that no wild horses would be included. Instead, the very agencies charged with protecting our wild horses turned their backs.

Initially the USFS planned to bankroll the helicopter roundup of horses from USFS, BLM and reservation land and transport of horses to a slaughter auction, but the USFS issued a “stand down” when TCF, AWHPC, Return to Freedom, and Western Watersheds threatened to file suit for noncompliance with environmental regulations and violation of first amendment rights.  Unfortunately the tribe proceeded with the roundup and removal with the intention of selling all the horses at the Fallon Auction house, known for selling to kill buyers.

Both the USFS and tribal members claimed that all the horses were domestic and owned by the tribe, but after examining each of the 467 horses, 149 were discovered to be unbranded. Under the 1971 Wild Free Roaming Horse and Burro Act, “wild free-roaming horses and burros” means all unbranded and unclaimed horses and burros on public lands of the United States. The horses were rounded up in an area only a few miles from the Little Owyhee Herd Management Area, and many were driven onto the reservation from federal land with BLM and Forest Service approval.

“The entire deal was fraught with subterfuge. Had it not been for the secret leaking out, all of the horses rounded up would have been transported to a slaughter auction at taxpayer expense,” states Kathrens. “This is a blatant misuse of American taxpayer dollars. With 80% of Americans opposed to slaughter, why should taxpayer dollars be used to fulfill this action?”