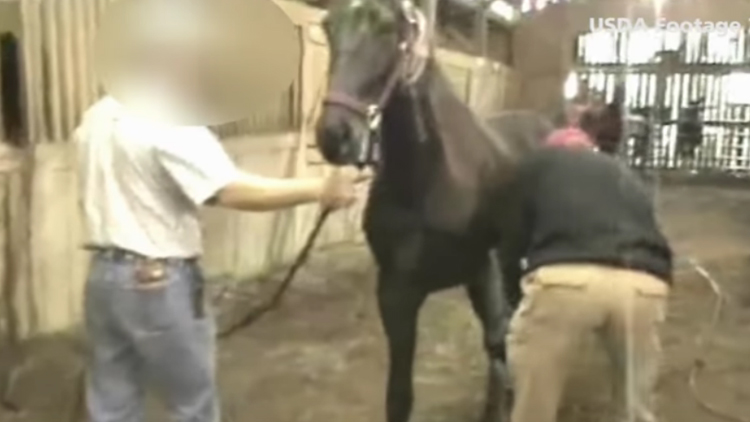 “The horses can be seen struggling to stand, walking stiffly and flinching away from the inspectors’ touch.”

The Humane Society of the United States released footage Thursday it says shows evidence of continued abuse to the Tennessee Walking Horse, further confirming the use of soring in the industry.

Soring is the practice of intentionally abusing a horse to accentuate its gait and often includes the use of caustic chemicals that eat away at the skin. Those who sore cause horses pain each time they step so they lift their front legs in an exaggeration of their natural gait in what is called the “big lick.” The video was taken by the United States Department of Agriculture in an inspection of the Maryville, Tenn., barn of top trainer Larry Wheelon in April 2013 and obtained with an open records request. The horses can be seen struggling to stand, walking stiffly and flinching away from the inspectors’ touch. Photos from the same inspection show what appear to be scars around the horses’ pasterns.