Get to know Zion 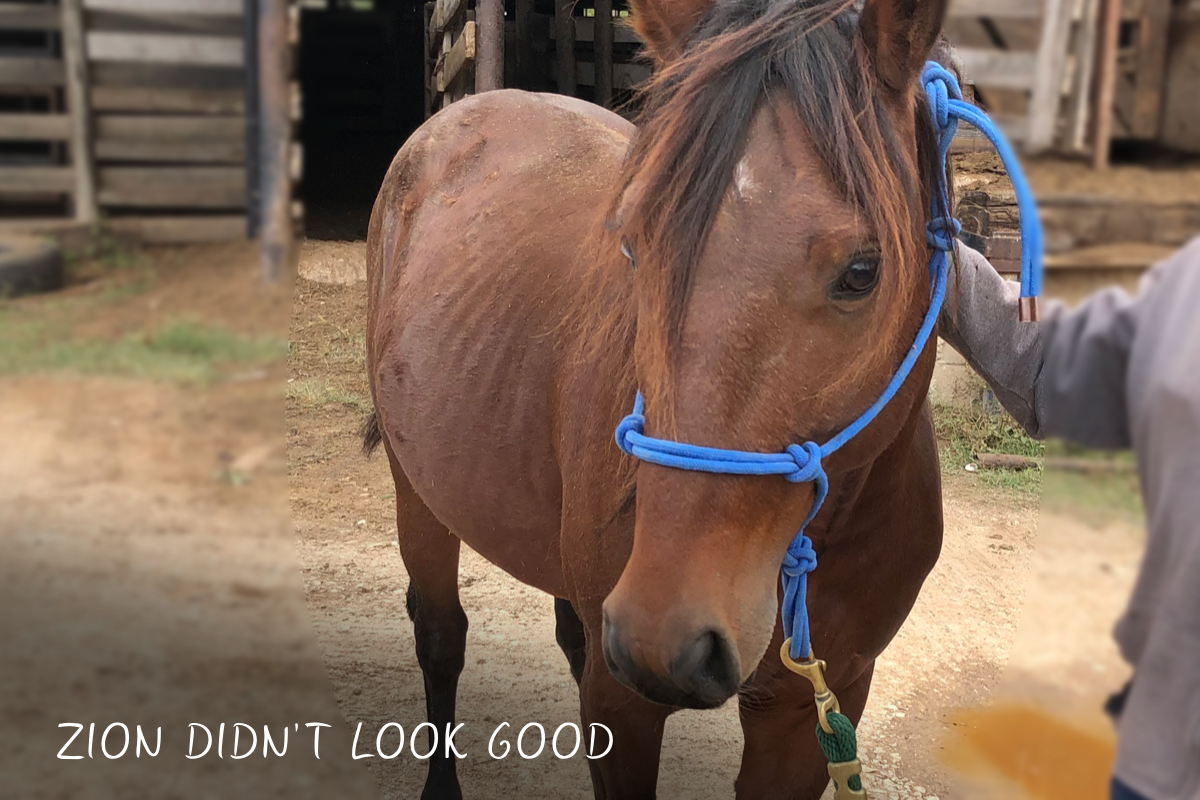 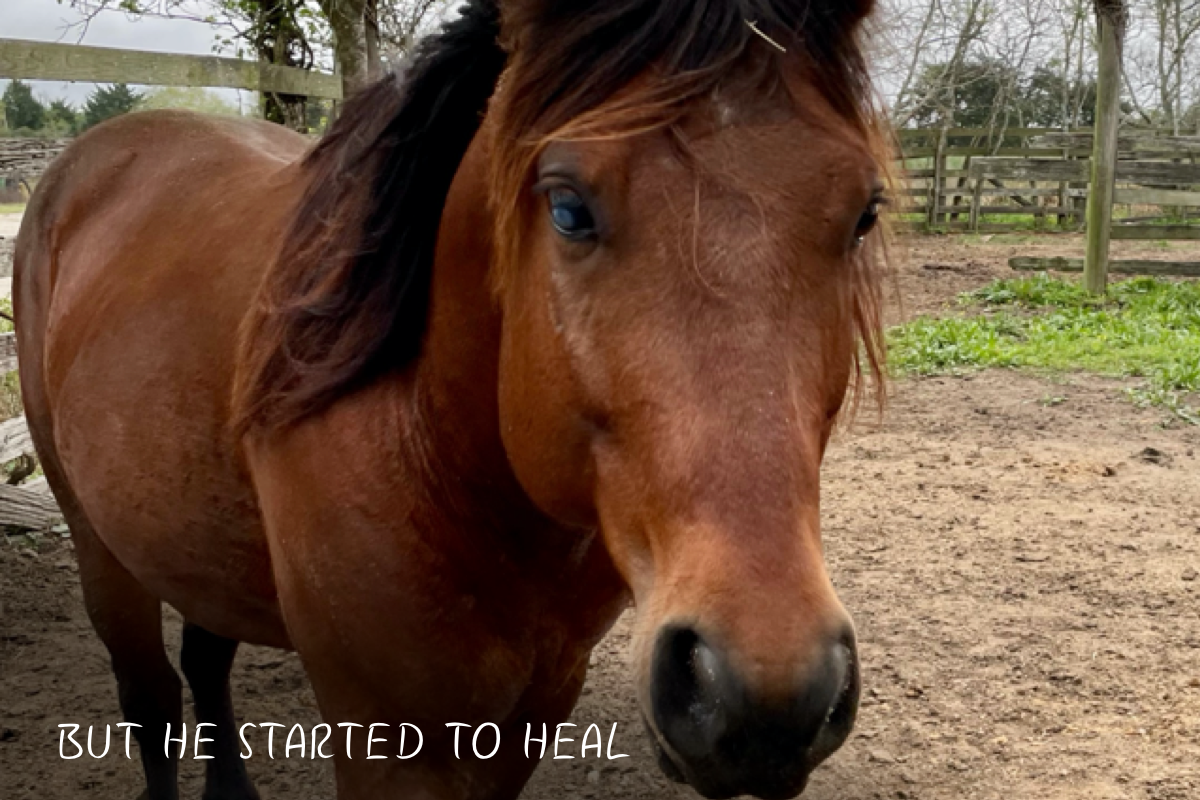 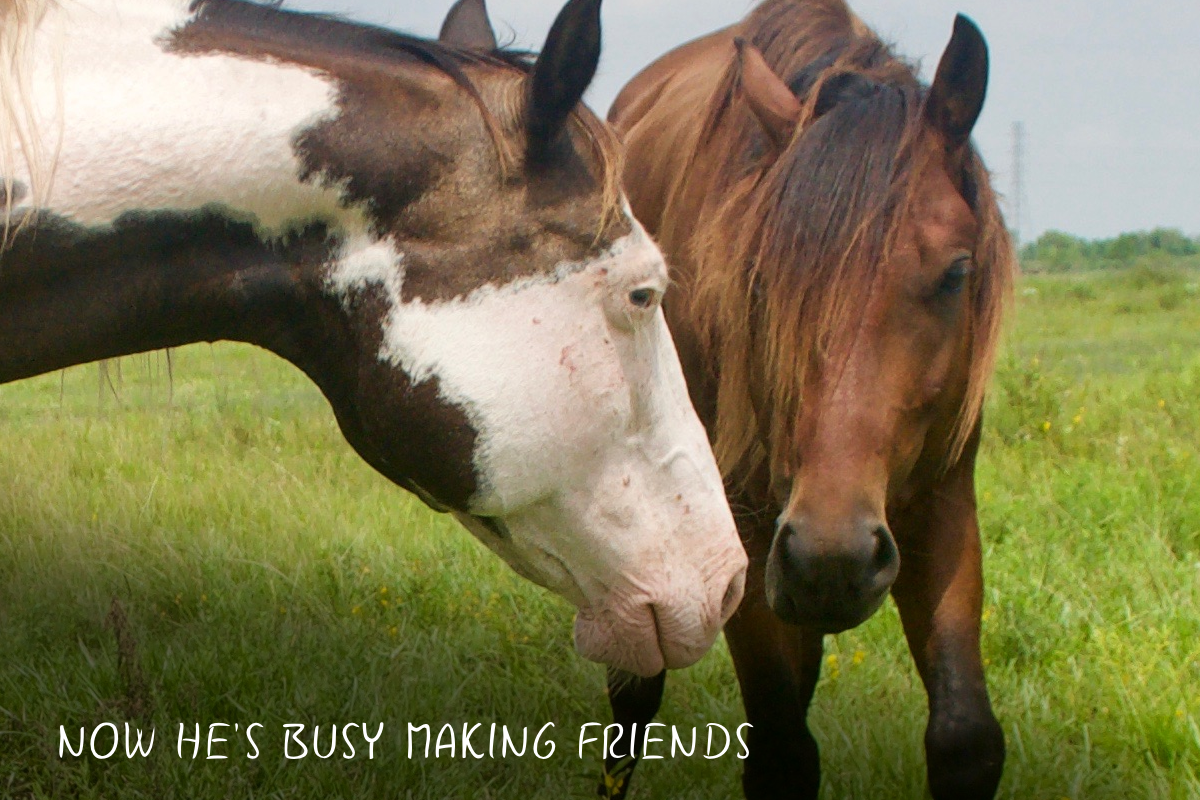 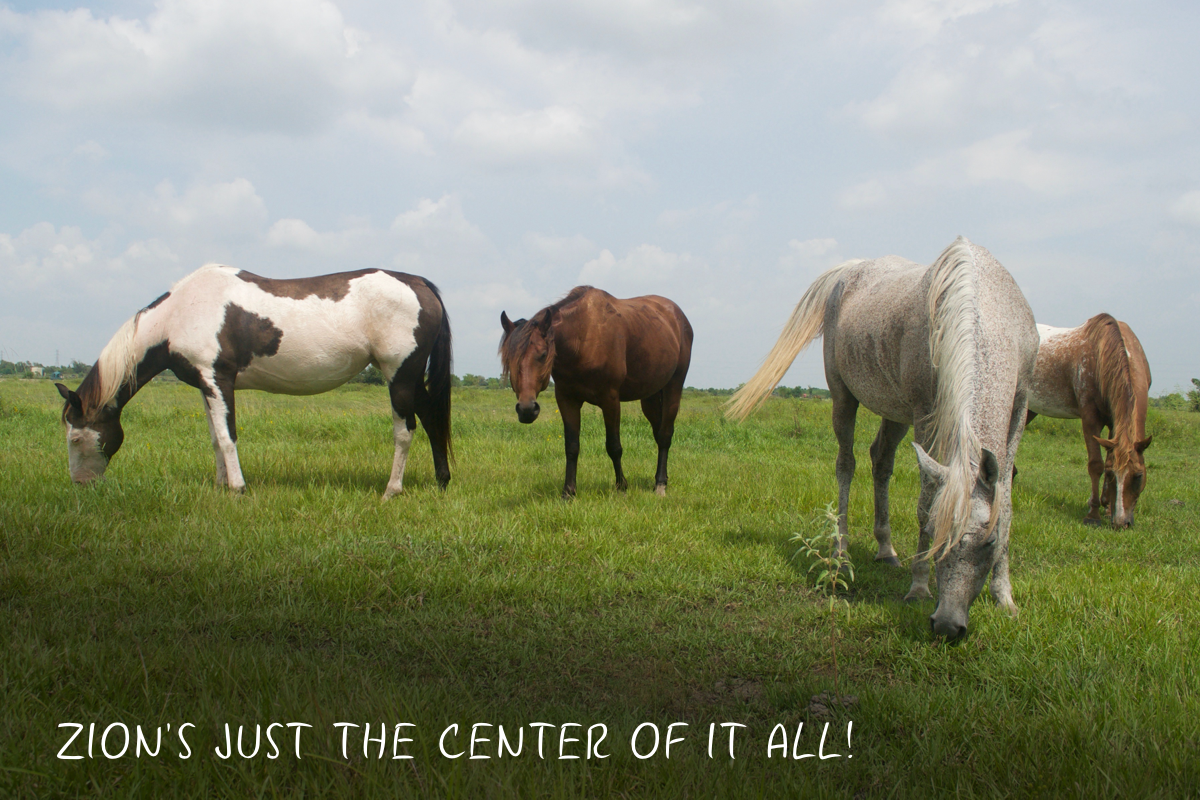 We often find horses abandoned… dumped on the side of the road or tied up in a neglected barn.

So when we agreed to take Zion, a stray who is blind in one eye, we thought, Not a big deal. We’ve seen worse. But once he arrived at Miracle Ranch, we saw the problem more clearly.

Zion’s backend looked weak. He struggled to stand straight, teetering precariously on wobbly legs. Then it clicked. The weak legs, the blindness… Zion was battling a devastating neurological parasite. Equine protozoal myeloencephalitis (EPM) was attacking Zion’s central nervous system, and his time was running out.

EPM is rare but deadly when it’s late stage, as it was for Zion. But he clearly didn’t get the memo that most horses don’t survive this disease — and he wasn’t letting his diagnosis prevent him from getting as much love as possible.

And receive lots of love he did! After many months of expensive medication, Zion has mostly healed, but his blindness and wobbly legs are a permanent reminder of his past. He requires careful care, and Miracle Ranch is now his forever home. Choosing to sponsor Zion lets him know he will never be abandoned again, that there will always be loving hands to pick him up when he falls, to guide him around our pasture with his pals or to give gentle scratches behind his ears.