Get to know Vixen 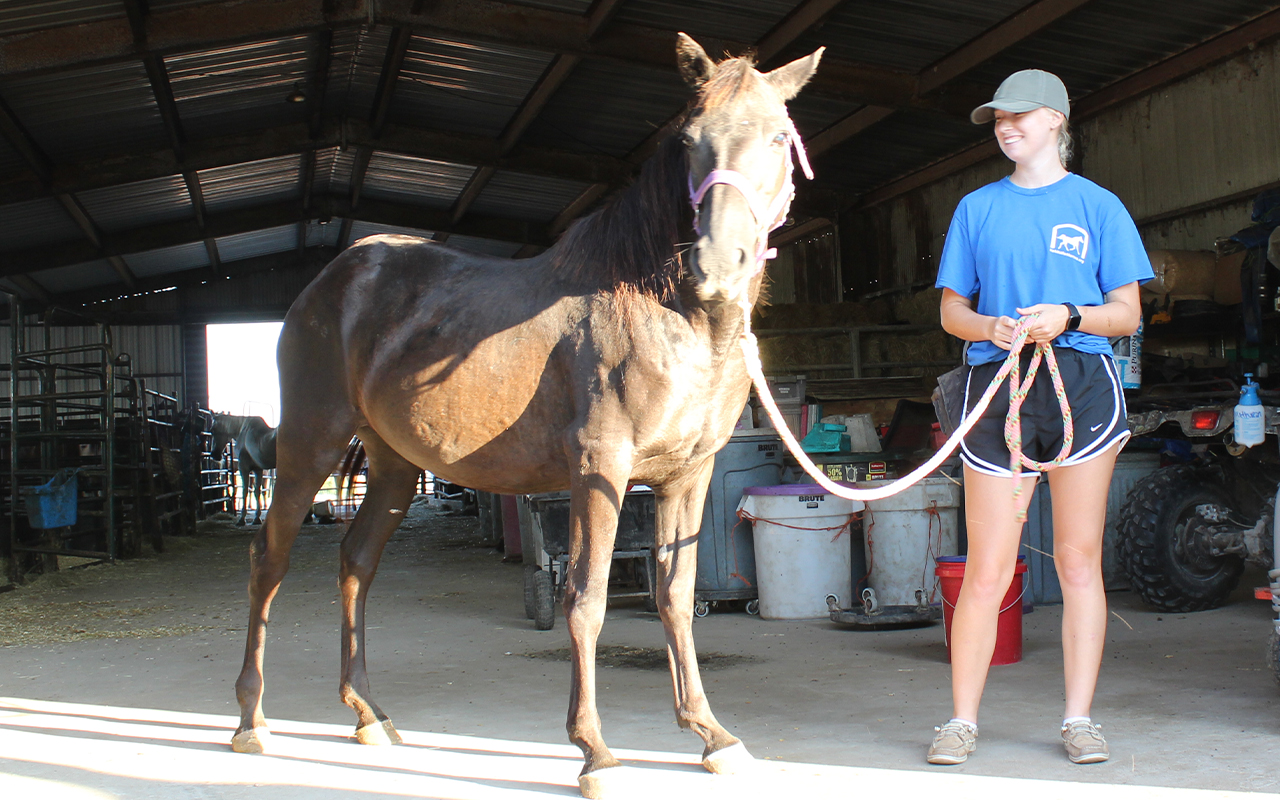 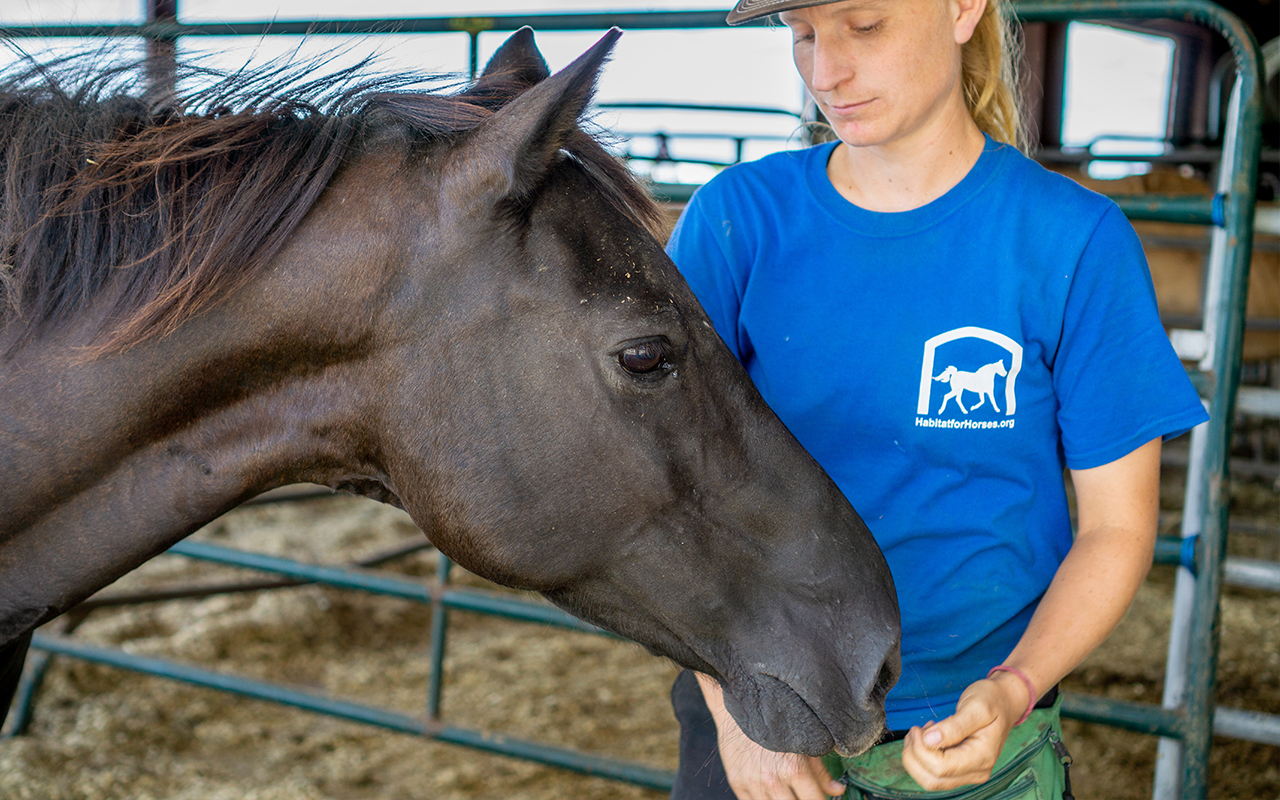 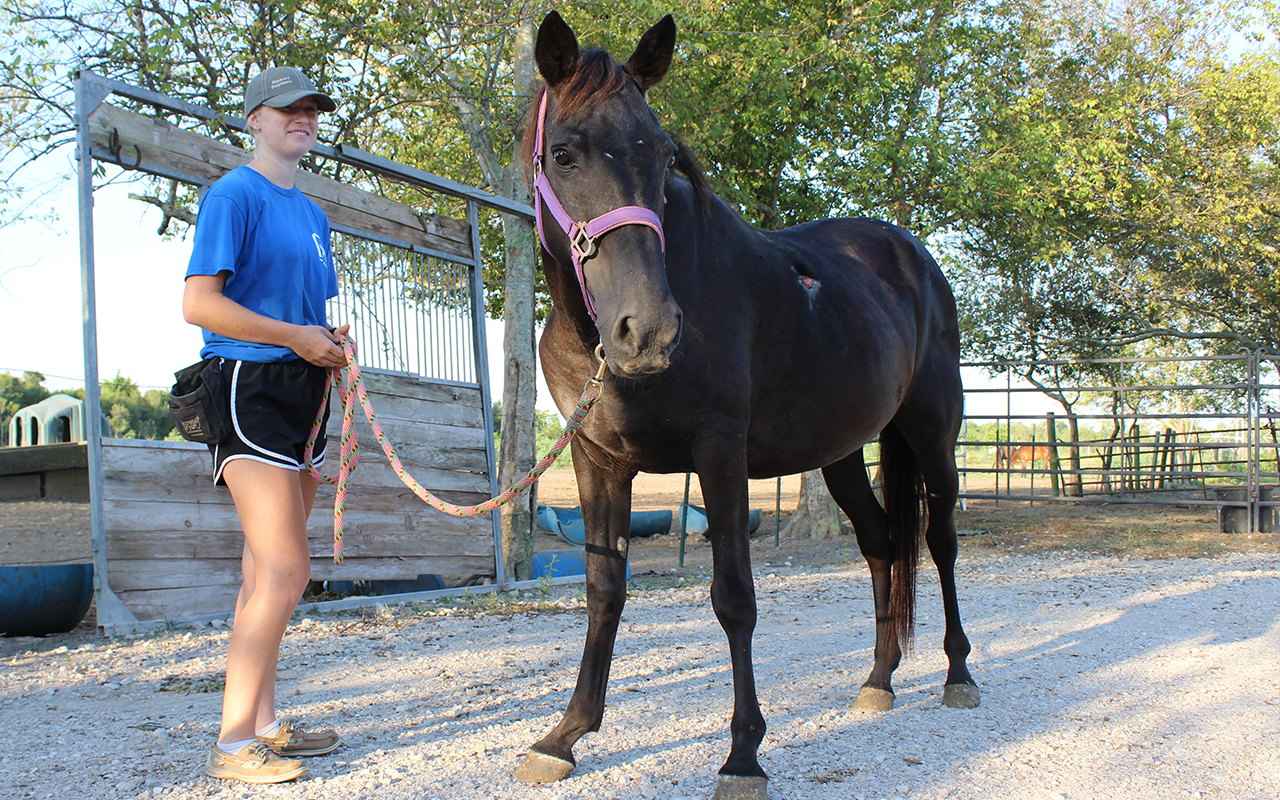 Vixen has a lot to say … but is still a mystery. This black beauty is one of those horses who vocalizes her feelings with whinnies, neighs and nickers. But everything she says seems to mean one thing: “Don’t touch me!”

Vixen arrived in 2000 along with seven other horses who were surrendered in a nearby county. They were neglected and so welcomed human attention … all except for Vixen. We can only guess that she was singled out for abuse.

To this day, her large dark eyes show terror at the approach of a human she doesn’t know. But after countless hours of gentle training techniques, our Miracle Workers are beginning to gain her trust. She seems to understand that we have her best interests at heart and will allow us to softly apply medicine to her face.

But she still tears away when anyone attempts to touch the rest of her body. Desperate to protect herself, she attempts to kick and bite. In her mind, she may be defending herself from more pain. It’s going to take a long time and a lot of dedication to convince her that we only want to help.

Vixen is truly a special case. Conventional adoption is out of the question, and most people wouldn’t even want to virtually adopt a horse who lives in an internal world of terror. But could you love her? If you believe you could, sponsor Vixen!