Get to know Abbie 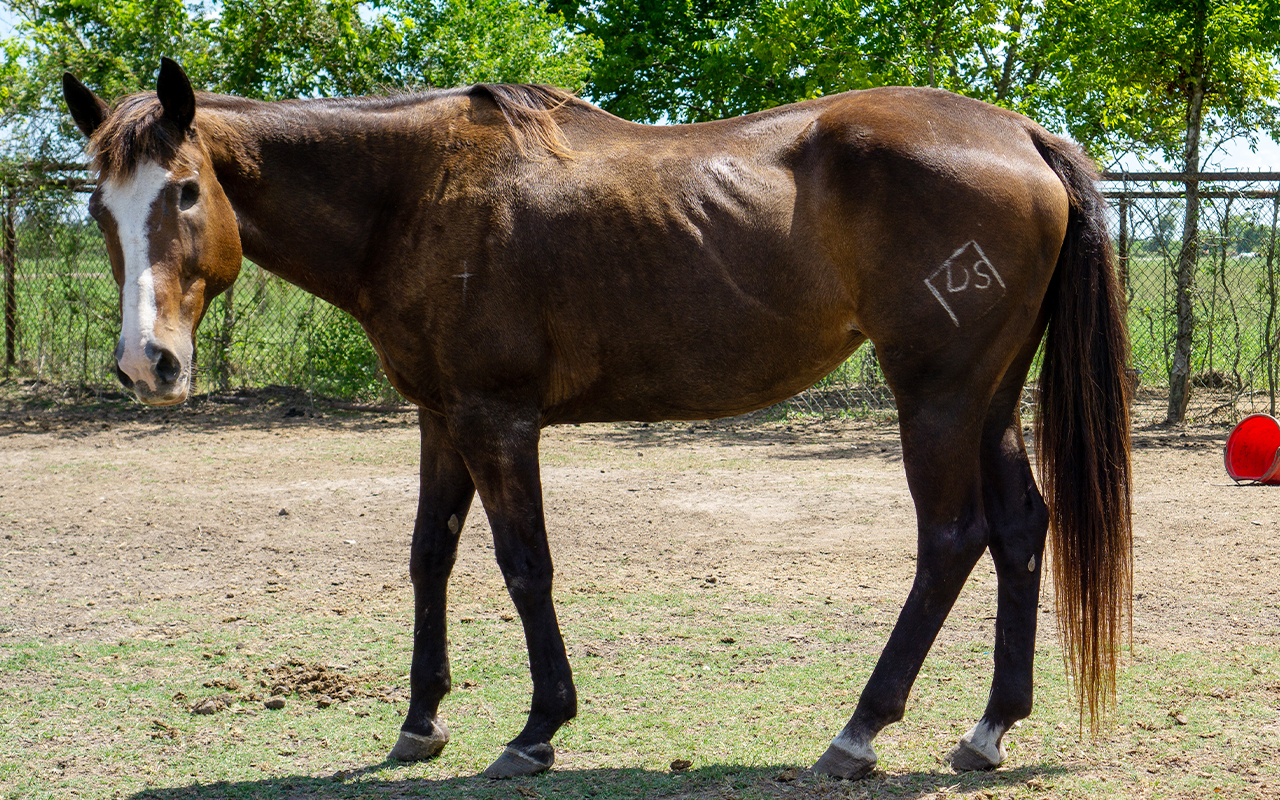 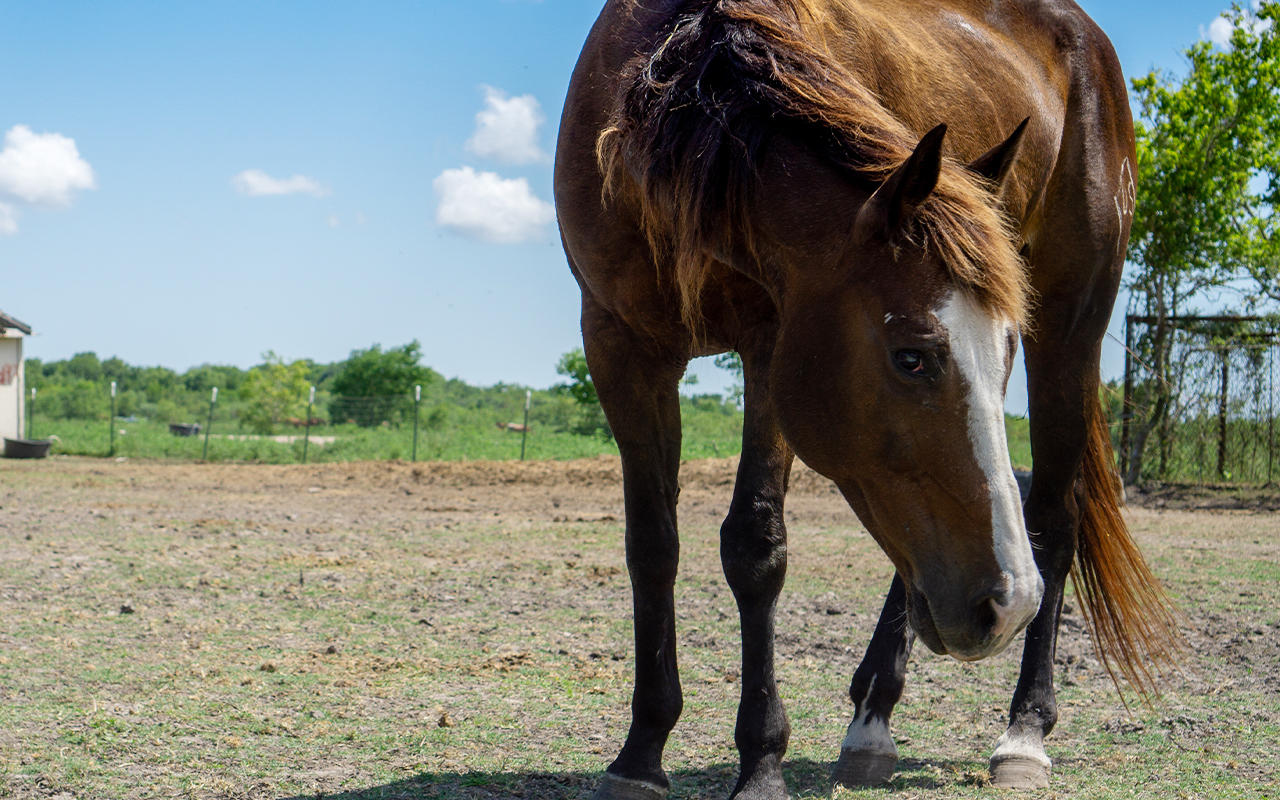 In 2016, someone brought Abbie to animal control. They surrendered her, explaining they just didn’t have the ability to care for her any longer.

That may have been the understatement of the year. Abbie’s appearance was shocking. Every rib showed … her hip bones protruded from her body … her teeth and hooves needed attention … and she was missing one eye and had gone blind in the other.

This once magnificent thoroughbred was a shell of what she had been. And yet, she seemed eager for human touch. After aching neglect, she longed for a friend as much as she longed for food.

That’s why we love gentle Abbie. In her world of darkness, she wants more than anything to know she’s not alone. When she hears someone enter in her pasture (where she lives with our minis) she approaches, looking for a soft touch or a treat.

Abbie has recovered well, but her blindness prevents her from leaving Miracle Ranch. Choosing to sponsor Abbie lets her know that she truly isn’t alone, that she has a champion who will never let her suffer again.