Vadar – A Life of Courage and Devotion

Vadar – A Life of Courage and Devotion 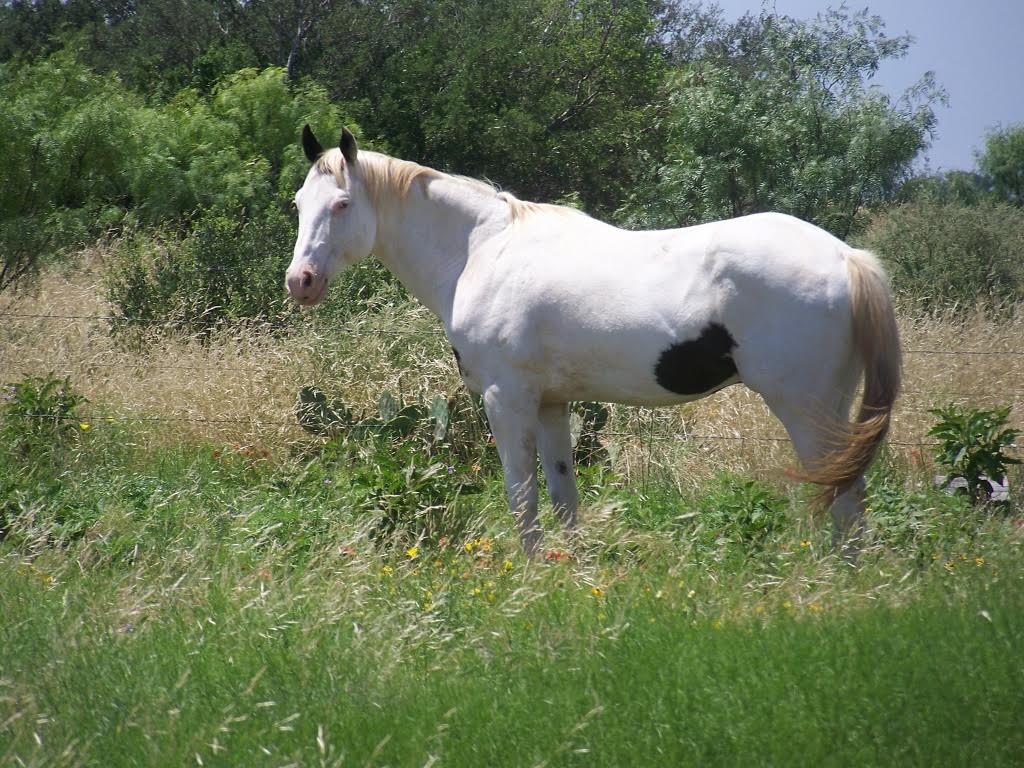 Peggy Neaves and her husband are two of the very special supporters of Habitat for Horses. They provide foster care and a sanctuary for horses who would otherwise be unadoptable. Jessup, the horse previously eulogized by Debbie Stoutamire in the Galveston Daily News, was under their care. The pictures included in this piece include Lyric – a foal, age 4 months. And a sorrel – Daphne, age 32.~ HfH

We buried Vadar this week next to his friend Jessup whose grave has not even settled. 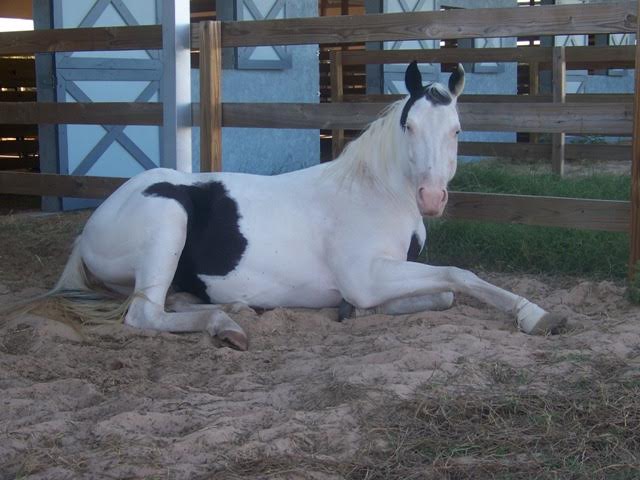 Vadar had been a breeding stallion despite his club foot. He was a perfect black and white Medicine Hat Paint with a black shield on his chest and beautiful blue eyes. His owner had mistakenly left sweet feed where he could help himself to as much as he could eat and when this led to founder, the same owner left him out in a pasture to let nature take its course. When Vadar entered HfH care, he was severely foundered.

Two months later, Vadar was sent to Texas A&M with the hope that the vets there could help him. He was returned to the HfH ranch after six months but the founder was back within a year. In August, 2010 Jerry called to ask if we would take him noting that we were to be his last chance. There was no way to say no to that. The caveat was that Vadar must be put down if he was not better by Christmas.

Vadar spent the six hour drive here lying down. The next day he had a five hour vet appointment; the first of many. Since he could barely walk at this point, Vadar’s world was confined to his stall and the connecting fifty by sixteen sand pen. Much of his time was spent lying down and sometimes we would see the barn cat, who also has Medicine Hat Paint markings, curled up with him. Vadar could see where the rest of the horses spent their time outside the barn but his contact with them was limited to mealtimes. He made the most of these times. He especially wanted to get to know Daphne, his neighbor who was a former brood mare that wanted only to be left alone by the other horses. Vadar kept pushing the choicest bits of his hay to her through the divider railings. Eventually, he won her over and they were constant companions for the rest of his life.

By October Vadar was on his way to beating the founder when he hit a plateau and a sonogram revealed that a tendon that had been cut before he arrived here had formed scar tissue that was blocking further progress because he was unable to flex his hoof properly. An operation was performed to remove the scar tissue and within months he was free of the founder. Vadar could now walk, trot, canter, and gallop. He was happy and the his good nature and agreeable temperament became even sweeter.

Vadar now spent his days with a small herd. A foal had been born and when she was big enough to socialize with others, we put her, her mom, and Jessup out in a separate pasture with Daphne and Vadar. Eventually, the five of them joined the elder herd. 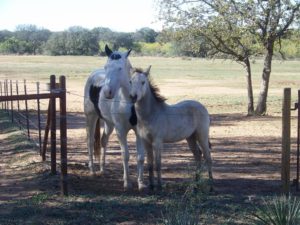 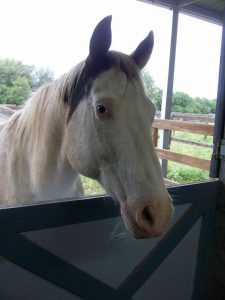 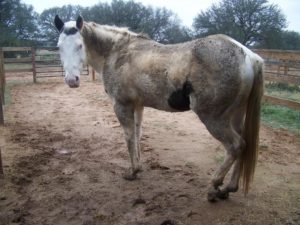 White horses sure get muddy 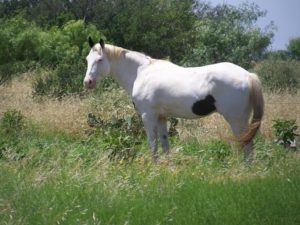 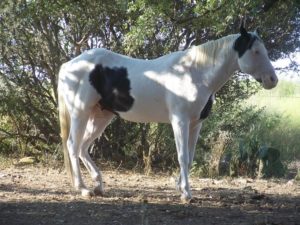 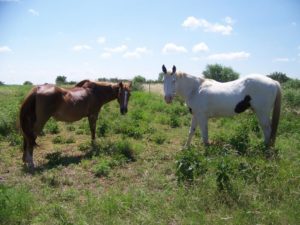 
Vadar’s hooves were being trimmed constantly and it was during one of the trim sessions that a lamina wedge, caused by the founder, was discovered. This was a setback but the wedge could be cut back slowly during trims with the theory being that eventually it would grow out. However, last December during a routine x-ray to see the progress of the trimming on the wedge, it was discovered that Vadar’s coffin bone was beginning to disintegrate, again from the original founder. This was something that could not be treated. Vadar’s time was limited.

In May another x-ray showed that the bone was completely gone. Vadar’s spirit was still strong, though, and he was not going to give up when he had Daphne to care for. We put him on a painkiller and limited them to the pasture around the barn where he wouldn’t have to walk so far to keep her in his sight. His toughness kept him going until this week when it was obvious that despite his will, his body could not take the pain anymore. He was just sixteen years old but he taught all of us lessons in courage and devotion well beyond his years.