Time for a Double Take – A Mule’s Foal

Time for a Double Take – A Mule’s Foal 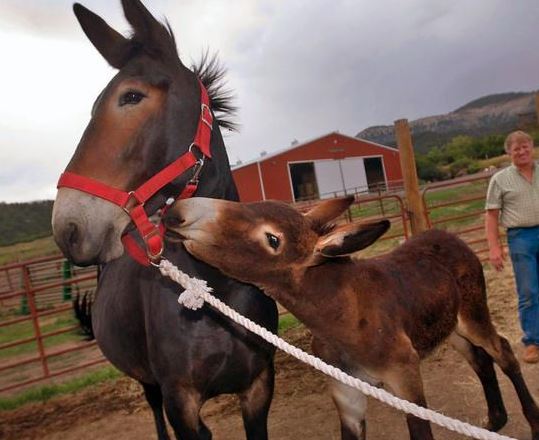 You heard it right. That which is supposed to be impossible has happened (and not for the first time). A mule has given birth to a foal. A very cute foal too. ~ HfH

It’s an event so rare that the Romans had a saying, “when a mule foals” — the equivalent of “when hell freezes over.”

Collbran rancher Larry Amos watches as the mule foal nuzzles its mother, Kate, a 7-year-old “molly” that gave birth three months ago to the still-unnamed “miracle” offspring. Genetic tests confirmed that the foal is Kate’s. (Ed Kosmicki, Special to The Denver Post)

COLLBRAN — When it reportedly happened in Morocco five years ago, locals feared it signaled the end of the world. In Albania in 1994, it was thought to have unleashed the spawn of the devil on a small village.

But on a Grand Mesa ranch, the once-in-a-million, genetically “impossible” occurrence of a mule giving birth has only drawn keen interest from the scientific world. That, and a stream of the locally curious driving up from the small town of Collbran to check out and snap pictures of a frisky, huge-eared, gangly-legged foal.

“No one has run away in fear yet,” laughed Laura Amos, the owner of the foal, along with her husband, Larry.

The foal is being called a miracle because mules aren’t supposed to give birth.

Mules are a hybrid of two species – a female horse and a male donkey – so they end up with an odd number of chromosomes. A horse has 64 chromosomes and a donkey has 62. A mule inherits 63. An even number of chromosomes is needed to divide into pairs and reproduce.
But those numbers added up to implausibility in late April when the Amoses awoke to a braying and whinnying ruckus in the corral behind their house.

Running to the rescue

And then the Amoses began to ponder how the foal had fooled mule sterility, a phenomenon first noted by the Greek philosopher Aristotle. 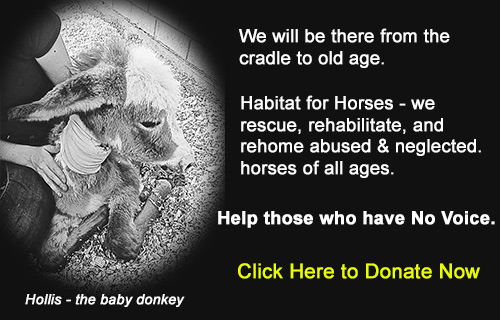