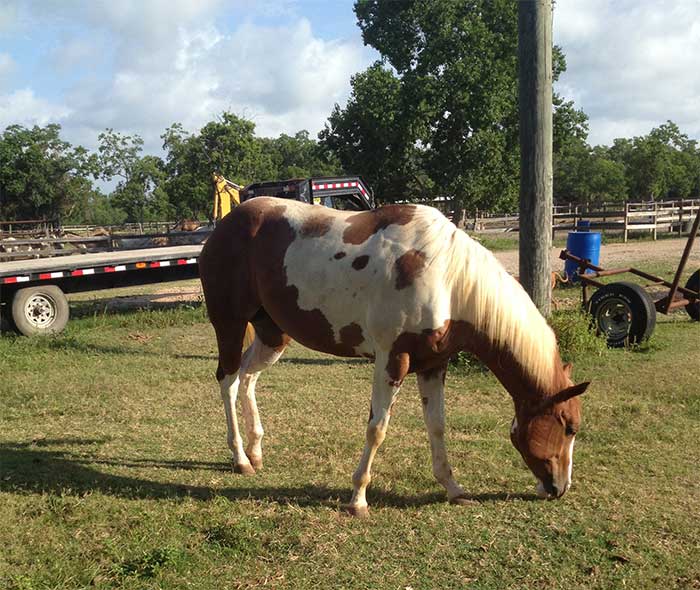 It is another rainy winter day here in South East Texas. Cloudy days lead one to reminisce. The other day on Facebook, we posted a little picture of Naysa all healed up from her horrible injuries. Many of you remember Naysa – if you do not, you can read more about her here. When finding a picture of Naysa, another picture popped up of a horse that Habitat for Horses was lucky enough to meet – her name was Bella. We renamed her – as we do all horses that come through our gates to give them a new start on life. She became Adella. She is gone now – Adella has passed on the Rainbow Bridge as we must all. Her strength of spirit was amazing. As are the other horses now rehabilitated here at Habitat for Horses. If you know anyone living in Texas, especially in the South-East region, looking for a horse to love forever – call us. Each of them has their own story. Each of them deserves a second chance in a new forever home. Here is a part of a story Jerry Finch wrote about Bella several years ago:

Back in December I wrote the first article about Bella, “Here’s your typical slaughter bound horse.” 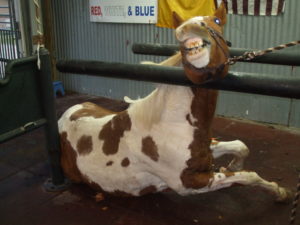 Bella at the clinic

In that article I told you about a horse that was tied to a tree with wire that had become tangled around her foot. During her struggles, the foot was almost cut off. Bella came as close to death as possible, yet thanks to our ranch crew and the vet, she passed death and came back. Her tendon was sliced, she lost far more blood than I’ve seen in a long time, but the next day she was up – on IV’s and in a lot of pain, but alive

I wrote, “If she survives, and there is a serious chance she won’t, she will never walk normal again. I guess for a lot of folks, that makes her prime for the slaughter truck. Hell, I bet she’s bring $25 at the auction, and I’m sure someone in France would love to have her for dinner.

But through some small miracle she ended up as Case Number 11-152 on our books and, God willing, someday soon she’ll be standing by the hay stacks with Pete and Tiger and a half dozen “useless” horses, doing what horses do best.” 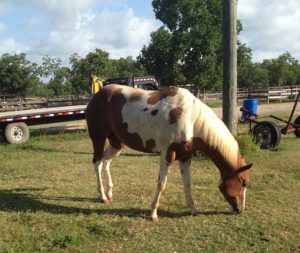 Adella – once Bella – all healed up

Six months have passed and now Bella (now known as Adella) runs out of her stall in the mornings, kicking up a storm. According to the vet, the impossible has happened – the tendon has grown back and she has 85% use of her foot. Adella has been reborn!

For five months she stood in her stall, almost insane with boredom. Today she’s become the ultimate pocket pony – always wanting to be around people.

I don’t consider it a small miracle. It’s very big, so much so that our vet wants to write it up for a paper he’s submitting.