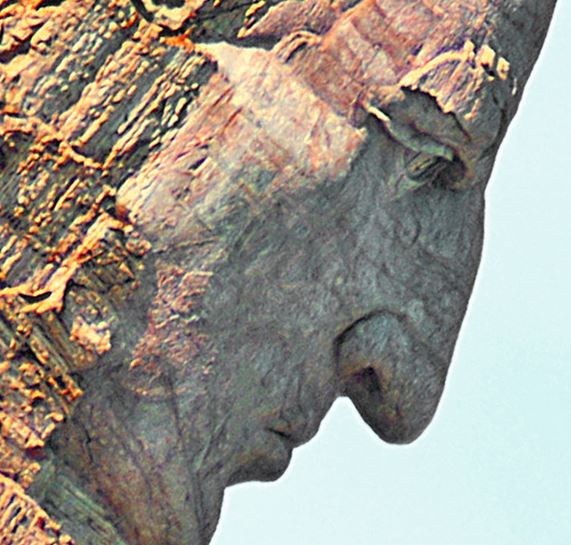 The Oglala Lakota Indians were reknown for their horse riding skill. Horses held a special sacred place in their society. Crazy Horse died in defense of the way of life of his people. Someday there will be monument to honor him and the Lakota. ~ HfH

From: Road Trippers
By: Anna Hider 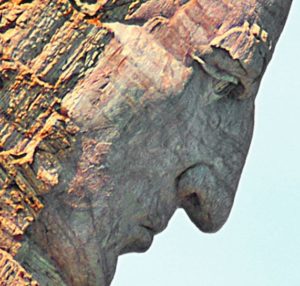 Sure, Mount Rushmore is impressive, but a mere 15 miles away, an even more impressive monument is in the works…and has been for 66 years. When completed, it’s slated to be the world’s biggest sculpture; but it’s far from being finished. When the statue, which depicts Oglala Lakota warrior Crazy Horse, is done, it’ll stand 563 feet tall and 641 feet wide. His head alone is 87 feet– for comparison, the faces of the presidents on Mount Rushmore are only 60 feet.

But what’s taking so long to carve it? That may have something to do with the fact that the statue, funded by a not-for-profit organization, is being carefully planned and carved by one family, essentially. It all began way back in 1939, when Lakota elder Henry Standing Bear wrote to Korczak Ziolkowski, who had helped to carve Mount Rushmore in the 20’s, asking him to help with a project to memorialize Crazy Horse. Ziolkowski agreed, and the two began to scout for a location. Despite the fact that the rock in the Tetons of Wyoming was better for carving, they settled on a location in the Black Hills, which are sacred to the Lakota. Construction began in 1948, and Ziolkowski chipped away the the mountain until his death in 1982. After that, his widow Ruth and 7 of his kids took over, slightly altering some of the original plans– for example, Ruth decided that the face should be completed first, hoping that it would attract more tourists. In 1998, the face was completed and dedicated. In 2009, work stopped for two years of detailed measuring and planning, and recommenced in 2011. Sadly, Ruth passed away in May, but the work continues.

Once fully completed, the Crazy Horse Mountain Memorial will be only one aspect of a cultural/educational center, complete with University of South Dakota satellite campus. In the meantime, people are still encouraged to come to the visitor’s center and to check out the gradual progress being made on the statue. Days when big blasts are scheduled are often big events as well, with thousands flocking to the site to watch the clock count down and the ensuing explosion.

The project isn’t without controversy, though. Crazy Horse purposefully avoided having his picture taken, and made sure that no one knew the location of his grave, so the idea of making a ginormous statue of him has rustled some feathers. Others have taken issue with the fact that the natural beauty of the mountain is being ruined with a man-made sculpture. Either way, the memorial will definitely draw attention to and hopefully educate people on the Lakota culture…if it’s ever completed.