The Unnatural Concept of the Appropriate Management Level

The Unnatural Concept of the Appropriate Management Level 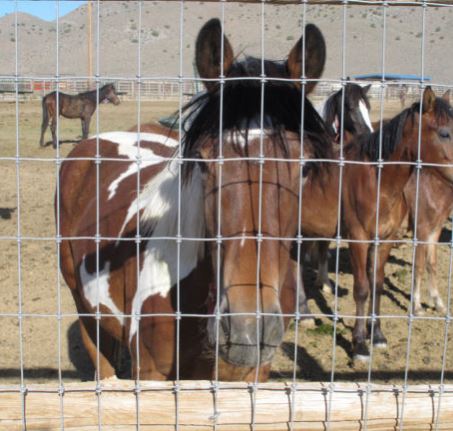 This morning we welcome back Robert Bauer, a wildlife biologist who has studied and written extensively on the wild horses and burros of the West. Today he takes on the topic the Bureau of Land Management’s wild horse and burro “appropriate management level” concept…and why it is absolutely wrong. ~ HfH
[jpshare]
From: Robert C. Bauer 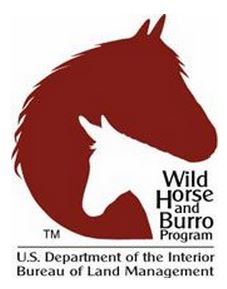 It has been the constant assertion, by the Bureau of Land Management that it is striving, through its Wild Horse and Burro Program, to maintain a thriving “natural” ecological balance of the rangelands of the west. It carries this out by adjusting the numbers of wild horses and burros on the public lands, based on what it calls an Appropriate Management Level of wild horses and burros for these areas. This Appropriate Management Level, or AML, is an established number of wild horses and or burros allocated for these lands, annually. It was also originally designated as something fair, and just reflection of what the conditions of the rangeland would tolerate, taking into account all other species of wildlife in the area, as well as the condition of the forage, the wild horses and burros being the principle species taken into account. In addition, this number was intended to be altered to reflect changes to those systems, based upon continual studies to have been carried out in those areas. An erroneous AML has taken precedence, however, in every herd management area, and is not being revised. This is motivated by the cattle industry, the sheep industry and ranchers for the purposes of creating the illusion, in the eyes of the public, an over population in the wild horse and burro community, and therefore justifying subsequent massive roundups of the same. In essence this concept of AML is based not upon what the actual ecological carrying capacity of an area is, due to its amount of forage, but rather is based upon how much forage the BLM are allowing the wild horses and burros, in comparison to how much is allocated for cattle, pronghorn antelope, and other species of grazers that inhabit a given area. To justify this removal of wild horses and burros from their legally designated areas, the Bureau of Land Management will often site reasons of dry conditions, poor forage, not to mention damage to the rangeland itself attributed by the BLM to the wild horses and burros. Also, the BLM will assert that the populations of wild horses and burros, in any given area, will double in number every four years, with roughly a continual 20% annual growth rate.Sentiment often is used to appeal to the emotions of the public in order to gain support for the altering of numbers of the wild horses and burros based upon the above reasoning. In exploring the logic of the BLM, one must confront themselves with certain glaring realities. 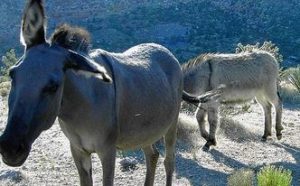 First, one must accept the fact that the artificial, manmade alteration of an ecosystem is opposed to the very concept of “Natural”, not to mention the notion of balance. To propose that every year within an ecosystem there will continually be roughly a 20% growth rate and assume a doubling of wild horse and or burro populations every four years neglects the widely varying mortality rates and reproductive rates in the wild horse and burro society. In essence, for the BLM to make such claims, it is assuming nature is going to conform to the BLM’s expectations, when in reality 1st year mortality rates within a wild horse population can vary anywhere between 14% and 50% annually, and adult mortality, over one year, can vary between 5% and 25% annually. This is based upon a National Academy of Science study of wild horse and burro populations. Such assertions by the BLM are foolish and unscientific. As an example, in one such area, the Pryor Mts., between the years of 2002 and 2005, there was a 0% population growth as natural mortality compensated for reproduction. Within that time frame, from 2004 into 2005 only one foal survived, the 1st year mortality, in this particular year, being almost 100%. It is also ludicrous for the BLM to make such claims when reproductive rates can vary radically due to the amount of stress within an ecosystem. In such situations there may be times when the wild horses and or burros may not reproduce at all due to the environmental, and weather related conditions.

Additionally, the very idea of using a manmade AML assumes a system is static in nature, when in fact biological and weather related variables within that system are constantly fluctuating, even within an annual period of time, i.e. these are dynamic in nature. Numbers of any given species of animal within that system, therefore, including the wild horses and burros, will constantly change, reflecting these continual changes in that system. Because conditions change constantly, the carrying capacity of the land for each species of animal will also, accordingly. What will follow is that the density of a species within that area will be affected by weather or environmental factors, a concept called “Density Independent Inhibition”. Subsequently the density of one species will directly affect that of another, called “Density Dependent Inhibition”. These principles are opposed to the idea of a fixed number of horses and or burros, sustainable in an ecosystem, called an Appropriate Management Level.

There is also a continual misconception as to the nature of the wild horses and burros out on the rangelands. This misconception motivates public opinion to support actions which alter conditions out on the rangelands in order to supposedly benefit the wild horses and burros. This sentiment, the BLM constantly plays upon to win the support of congress, the legal system, and the public in general, to perpetuate the roundups. This is a controversial issue, yet must be brought out in the open, that all can look at the saga of the wild horses and burros from a more objective viewpoint. The suffering and death of any animal is something hard to swallow for the most, but is inexcusable when coming from human hands. Yet when considering the horses and burros out on the rangelands of the west, we have to remember that they are not domestic animals grazing in a private pasture, domestic animals that are hay and grain fed, with shelter provided and water. The wild horses and burros are just this, “wild”, as wild as the pronghorn, and the mountain lion. Life and death for them, out of the rangelands, due to natural conditions, whether mild or harsh, is their life, and from an ecological standpoint, how nature brings about balance through natural selection. Generally speaking, the moment an individual seeks to artificially alter a natural system, motivated by emotion, is the moment that system ceases to be a thriving “natural system”, and subsequently begins to throw this organized entity out of balance, as these sentimental attempts to help nature, are directly opposed to natures mechanisms.

It is clear, therefore, that the concept of an “Appropriate Management Level”, of wild horses and burros for a given area, one that is so quickly regurgitated as the answer for every round up, has no basis in reference to a thriving natural ecological balance. The AML whether it is revised annually and considered fair, or unrevised, is still unnatural and hinders balance through nature’s mechanisms. Nature knows very well how to maintain the, “Appropriate Management Level”, of all species of the animals in the wild successfully, and has been doing so for thousands of years. It is a ludicrous assumption to spend millions of dollars every year for a manmade substitute. In truth, to follow the philosophy of this humanly conceived AML, along with the usage of contraceptives on the wild horses and burros, and the adjustment of sex ratios, will quickly bring an end to these majestic animals, as the vital component to ecological balance that they are.