The Silence of the Navajo

Habitat For Horses / breaking  / The Silence of the Navajo
14

The Silence of the Navajo 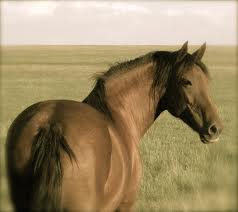 A lot of us have been shocked and saddened at the pro-slaughter stance of the Navajo Nation’s Agricultural Department and their support of Valley Meat. Even more shocking were the acts of the USDA and the BLM’s cold-blooded assistance in rounding up horses to send them to slaughter. We are finally getting the back story, one that newspapers will not be telling you.

Two items for you to read. The first is a strong statement from the actual and real Navajo people, only a small part which is quoted here: 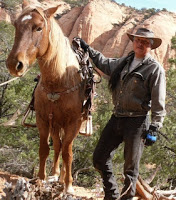 “The disrespect of this way of life will be learned, courtesy of the Navajo Nation Government and its president Ben Shelly. They show no remorse of our ceremonies and the way of life, put us in a square box where we can’t breathe, as in prison like base modern element. The Reservation already has many boxes in one unit, from big to small staked in same box. There is no agriculture provision from our Department of Interior, BIA and Navajo Nation. They mismanage our money at the end. The $1.3 million approved for round up of our horses and slaughter is somewhat doing the same thing, running it to dry, mismanaging and stealing our horses. Ben Shelly stole $9,000 from Navajo Nation government when he was vice president. What he got was a slap on the wrist and stayed as new elected president for the Navajo Nation. I can see where this stealing is coming from,” said Leland Grass.

The second and just as shocking article is in .pdf form, so I hope you can read it. We thought we knew just how underhanded and low our government can get, but this reaches new lows. Imagine this:

“For example, USDA APHIS denies wild horses of their indigenous roots to North America and says that they are purportedly “feral”; and, that the so called “feral” horse population has supposedly escalated out of control; and the alleged overpopulation is due to U.S. horse slaughter plants shutting down in 2007, therefore purportedly causing the slaughter of America’s horses to end. And, that if someone wanted to sell their horse for slaughter they would supposedly have to ship their own horse all the way to Canada or Mexico, and foot the bill for transport themselves.”

The article is titled, “In Truth of Wild Horses on Native Land and Tongue.” First in a series of insights based on excerpts from the documentary film SAVING AMERICA’S HORSES: A NATION BETRAYED By Katia Louise, of Sioux descent, Presented by the Wild for Life Foundation

Our government out of control, full of deceit, intent on killing every last American wild horse. Where is the inner sense of morality in these people? Where is a shred of decency to be found? For several large Government agencies to collaborate together, to plan on telling lies to our Native Americans – we must ask – just how far have we really come in the last two hundred years? Had enough yet?

Take the PLEDGE. If you haven’t yet, it’s time to stop being part of the silent majority. The link is on the right column of this page.