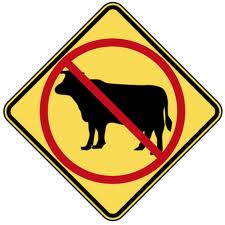 The S.A.F.E. Act – S.541/HR 1094 – A bill to prevent human health threats posed by the consumption of equines raised in the United States.

To the American Cattle Rancher,

We tried to reason, we spent our money in courts fighting you, we’ve taken those we’ve managed to save and watched our government bow to the horse slaughter industry. We’ve filed bills in Congress and watched them die, spent a ton of money trying to stop the roundups and slaughter, yet it continues unabated.
One hundred seventy thousand horses a year, 472 a day, one every 4.8 minutes, die in a slaughterhouse. Year after year, we have sought to bring it to an end. No one listened, most of the cattle industry laughed at us.
It’s time for that laughter to end.
The beef industry  has always been in full support of the horse slaughter industry. You’ve worked hand-in-hand with the AQHA and the BLM as they push for horse slaughter, and your influence in all 50 state Farm Bureaus has been consistent. You’ve taken every word from the paid propagandists and force feed them to the Farm Bureau members.
Knowing full well that your facts are pure lies, you have convinced those inside the Beltway to believe that you are the saviors of the horse industry.
You aren’t. You are horse killers, wanting nothing better for the horses of America than you want for your cattle – to be slaughtered and served to the consumer for a profit.
Now it’s time for the 80% to strike back in a way that will force you to listen.
Starting now, we pledge that we will not buy nor consume another bite of beef until the S.A.F.E Act is passed and signed into law. No hamburgers, no BBQ beef, no steak, no fast food with beef. And we ask that every person that is against horse slaughter do the same.
Beef is out until the S.A.F.E. Act is in.
You brought this on yourself. In all your wisdom, you decided it was to your benefit to promote horse slaughter and without thinking, accept the lies you were told as truth. You accepted with open arms the stories about “the slippery slope.” You believed and promoted, without question, the “unwanted horse” propaganda.
You support the extreme minority who make money killing America’s horses instead of listening to the 80% of Americans who want it to stop. You have turned your back on the very people who buy the beef you sell and you expect us support you.
That support ends – NOW. Weep, cry, scream, do whatever you want to do, even tell us that it doesn’t matter, but as of this moment, BEEF is off the table.
Our Pledge:
As an American horse advocate, I pledge that I will not buy beef of any kind until the SAFE Act is passed and the American horse is free from the threat of slaughter!
Not a dollar of my money will enter your pocket until you and your supporting organizations take the action necessary to support and pass the SAFE Act.
Sign the Pledge!
________________
Leave a pledge on the Facebook page of the National Cattlemen’s Beef Association
Leave a Tweet for the Nattional Cattlemen’s Beef Association- @beefusa
Leave a pledge on the Facebook page of the American Farm Bureau Foundation
Leave a tweet for the American Farm Bureau Foundation – @farmbureau