The Haunting Origins of Horse Culture in Mongolia

The Haunting Origins of Horse Culture in Mongolia 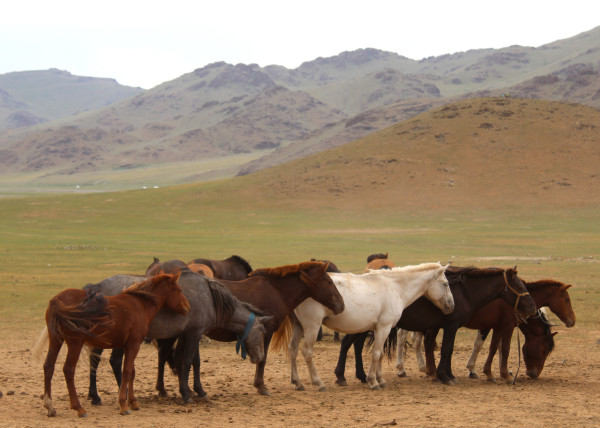 From the steppes of Central Asia to the Great Plains of North America, domestic horses have had an incredible impact on human societies—changing the way we eat, organize, and interact on a nearly unprecedented scale.

In no place is this significance more apparent than in modern Mongolia. In the still nomadic countryside, horses are essential to daily life, while even the urbanized capital of Ulaanbaatar falls under the shadow of the great mounted empires of Genghis (in Mongolian, Chinggis) Khan and his grandson Khubilai. Nonetheless, archaeologists still know precious little about when, how, and why horsemanship was first adopted in the Mongolian steppes.

Supported by a grant from the National Geographic Society this summer, a small team of researchers from the National Museum of Mongolia and I set out for the far northern reaches of Mongolia’s Darkhad Valley. This large basin sits at the border between the great grasslands and the vast expanses of Siberian taiga forest to the north.

A physical and geographic crossroads, it also boasts some of the earliest evidence for domestic horses in Mongolia: small burial mounds containing the head, neck, and hoof bones of sacrificed horses.

From the capital, a two-day journey led us over winding dirt tracks and mountain roads to our primary study site, Zeerdegchingiin Khushuu.