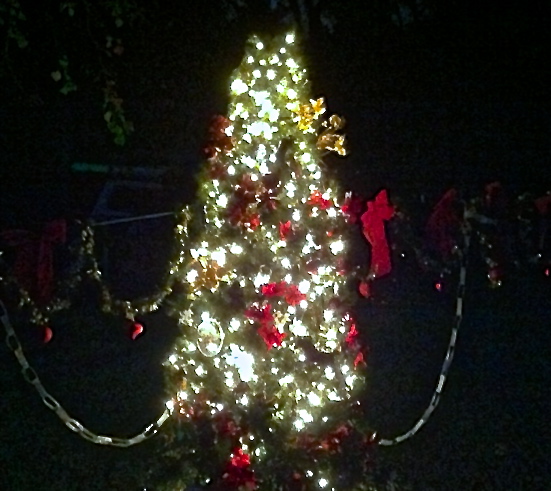 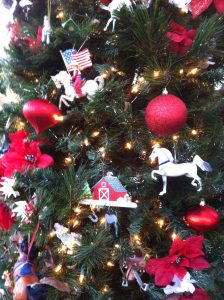 The Celebration didn’t happen. There is no star shining brightly on the top of the tree.

Many supporters may remember the first lighting of the American Horse Christmas Tree, which took place Dec 6, 2003 in Santa Fe, Texas. The tree was erected as a symbol for the wishes of the world to keep horses safe and protected from harm. The many ornaments and decorations on it were sent from around the world with hopes that in the coming year of 2004, horse slaughter in America would be abolished forever. Absent from the tree was the final decoration, a star which would not be placed on the top of the tree until slaughter was over, and the horses were safe. “Until the last horse is safe, we will not rest,” became our vow.

But the year 2004 would not grant those hopes, as the American Horse Slaughter Prevention Act was held up in the Agriculture Committee by one man. Representative Bob Goodlatte refused to let the legislation go forth to the Congress floor, even to be heard for a vote. The year came to an end with the realization that the hopes and wishes for the horses would not be met. The tree without a star would stand quiet and alone in Hitchcock Texas, with 2,500 tiny lights blazing on it to symbolize the memories of the thousands of horses that were lost due to slaughter.

In 2006, we momentarily thought we had won a great victory with the passage of legislation that stopped our government from paying for the inspection of meat from horses that had nothing to do with the US market. When the US slaughterhouses shut down in 2006, we knew that the industry would simply move their operations to Mexico and Canada.

While the propaganda machines of the pro-slaughter forces whined that the slaughter option was taken away from them, they quietly went about their business. They told lies, put stories in the newspapers about thousands of “unwanted horses” wandering the streets, convinced ranchers to scream with them about starving, neglected horse that needed to be slaughtered, yet proceeded to take more horses that ever before to their end just outside the borders. 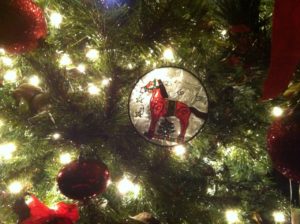 Every year since them, the American Horse Slaughter Prevention Act, a bill to stop the transportation of horses to slaughter, was introduced, sent to a committee and died with the end of the legislative session. This year is no different. A few Representatives and Senators actually stood up and tried to support the bill, but the end remains the same – the pro-slaughter lobby efforts of the AQHA buried the bill under the stack of donated money.

This year, 2012, more horses than ever before have and will meet their end because of the demand from foreign meat companies for products. 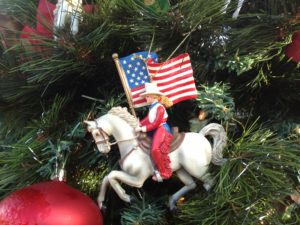 The American Horse Christmas Tree stands silently at the ranch. The 2,500 lights and ornaments still reflect the hopes and dreams of 80% of the US population that the killing will end. Another year passes without a light at the top of the tree, a sad testament to the failure of our government to listen to us.

The tree looks worn, the colors faded, but the ornaments still shine in the reflection of the tiny lights. The fight for this year is over, but the battle continues, and we are stronger and more committed than ever. We will win this battle.

The American Christmas Tree of 2013 will look far different, topped by a star that shines with the glory of the spirit of millions of horses.

We will not rest, Mary Nash, until this is over, until they are all safe. That remains our promise.