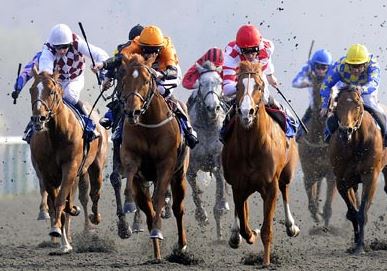 This is a very solid piece of journalism by Animals 24-7 in Australia. The relationship of gambling in horse racing and horse slaughter is one that has not been discussed often enough. A larger pool of speculative breeding of race horses generates more income for gambling agencies. However the number of horses born is unneeded and unwanted – they wind up slaughtered either for animal food, human consumption or for other manufacturing needs. This is true here in the United States as well. Adoption and sales for pleasure riding simply cannot give enough homes to these unwanted horses. This excellent article will be posted in 2 parts today. ~ HfH

From: Aninmals 24-7
By: Merritt Clifton 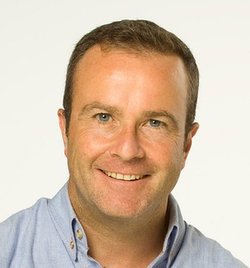 The Australian research does not directly reference the controversy over horse slaughter for human consumption in the U.S., but confirms the importance of slaughter to the economic structure of the horse breeding business.

Horse slaughter for human consumption has been prohibited in the U.S. since 2007 by a series of Farm Bill amendments that have prevented the USDA from inspecting horse slaughterhouses.

Lack of USDA inspection has not inhibited the dispatch and rendering of horses for animal consumption. Horses killed for animal consumption may be dispatched by gunshot or captive bolt gun at the race track, in the stable, or wherever else they happen to be, with no need to transport an injured or ill horse alive.

Renderers, however, usually pay nothing for horse carcasses, and sometimes charge to remove them. Therefore, much of the horse industry, including the racing industry, have preferred to export injured, ill, and otherwise “retired” horses to Mexico and Canada for slaughter.

“The thoroughbred breeding industry operates on turnover, meaning it relies on a certain number of horses leaving the track,” summarized Christa Lesté-Lasserre of The Horse of the findings of University of Sydney animal behavior and welfare science professor Paul McGreevy.

“At the same time,” Lesté-Lasserre continued, breeders “know that roughly half the foals born won’t make it to the track at all. While this culture of overbreeding might work for the industry’s financial models, McGreevy said, it isn’t necessarily conducive to good equine welfare.”

Said McGreevy, “If we were ever to make all the horses high-performance with low risk of injury and optimal behavior, there would indeed still be too many horses, but they would be more viable. With the right feedback and the right demand for ethical sustainable racing,” McGreevy hopes to “conceivably arrest some of the overbreeding.”

McGreevy, former University of Sydney colleague Ariella Hayek, and fellow Australian researchers B. Jones and D.L. Evans in August 2014 published their study “Number, causes and destinations of horses leaving the Australian Thoroughbred and Standardbred racing industries” in the Journal of the Australian Veterinary Association.

Described the abstract, “Questionnaires were sent to 1,258 selected thoroughbred and 981 standardbred trainers, with response rates of 30% and 32%, respectively. The survey investigated the role of various risk factors for wastage, including horse age, sex and number of years in training. The destination of departing horses was also examined in relation to these risk factors.”

The study by McGreevy et al was the latest of many investigations of “wastage” in the horse racing industry published during the past four decades.

“Wastage,” explained Al Olivier, J.P. Nurton, and A.J. Guthrie in a 1997 paper on wastage in the South African horse racing industry, “is the term used to describe the phenomenon of the loss of racehorses from conception to adulthood due to death or injuries (i.e. they never reach a race-track), or the days lost by racehorses due to not training or being withdrawn from a race.”

An assessment of wastage in Thoroughbred racing from conception to four years of age, by British researcher L.B. Jeffcott, published in 1982, found that from 1970 to 1974 the total wastage rate in British horse racing was 73%. About 14% of the foals born were never registered, 20% were not trained to race, and 6% were trained but never raced.

Subsequent studies have confirmed this now more-than-40-year-old estimate of wastage, discovering no hint that improved breeding, greater concern for animal welfare, changes in track design and construction, or economic concerns have reduced it. 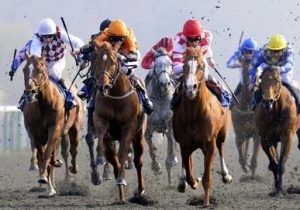 Found McGreevy et al, “Total horse exit rates for the 2002-03 official race year [in Australia] were 39.7% and 38.7% for the thoroughbred and standardbred racing industries, respectively.”

About one horse withdrawn from racing in five was withdrawn for miscellaneous other reasons.

“About 6.3% of thoroughbreds and 16.6% of standardbreds were sent to a processing plant following their racing careers,” McGreevy et al continued.

Run since 1861 on the first Tuesday of each November, fourteen years longer than the Kentucky Derby, the Melbourne Cup is marketed as “’The race that stops a nation.”

What stopped Australian attention most in November 2012, though, may have been undercover video posted online by the Coalition for the Protection of Racehorses, showing injured racehorses being shot dead at the Laverton Knackery west of Melbourne.

Animals Australia in a formal complaint sent to the Department of Primary Industries alleged “dozens of breaches of animal cruelty, hygiene, welfare and meat industry laws,” summarized Richard Willingham of the Melbourne Age.
“The racing industry can’t stand up and say they love these horses and then the next day when they can no longer earn money at the races get a bullet in the head and be killed for dogmeat,” said Coalition for the Protection of Racehorses spokesperson Ward Young.

Reported Guy Stayner of the Australian Broadcasting Corporation, “There are currently about 15,000 thoroughbred foals born every year” in Australia, while about 8,500 per year are retired from racing according to data collected by Ariella Hayek in 2004 for the Royal SPCA of Australia.

The Hayek data indicated that about 10,000 racehorses per year were slaughtered, as of 2004, while only about 30% of the foals born were eventually raced.

Australian horse racing industry spokespersons told media in 2012 that about two-thirds of the thoroughbred foals born each year are raced. But regardless of whose figures are used, horses bred to race who fall short of racing grade or pull up lame make up a sizeable percentage of the 50,000 to 70,000 horses who are sold to slaughter in Australia each year.

Continue to Original Article – We will also be publishing part II later today.