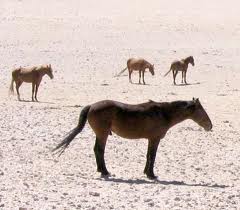 EWA (Chicago) – The Equine Welfare Alliance today released a statistical study on the rates of equine abuse and neglect across the US since 2000. The research examined equine abuse statistics from Colorado, Georgia, Idaho, Illinois, Maine and Oregon. 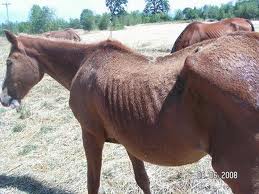 Historical records of the number of cases of equine abuse and neglect from these states was correlated with three potential causes; the rate of equine slaughter (or lack of it), unemployment and the cost of hay.

Surprisingly, the researchers found that the rate of abuse has been in decline in four of the six states since 2008. Five of the six states had shown a spike in abuse and neglect around 2008 and two have shown a significant increase in the past two years.

The analysis showed the second most important correlation was the rate of slaughter, but the analysis found more slaughter consistently correlated with more abuse and neglect.

“Correlation is not proof of causation,” explained Holland, “but it certainly contradicts the theory that slaughter decreases neglect by culling “unwanted horses.”

The American Veterinary Medical Association (AVMA) and the American Quarter Horse Association (AQHA) have long urged Congress not to ban horse slaughter on the basis that to do so would increase abandonment, abuse and neglect.

This study follows on the heels of a peer reviewed paper in the Kentucky Journal of Equine, Agricultural, and Natural Resources Law by Holland (EWA) and Laura Allen (Animal Law Coalition). That paper documented enormous increases in the cost of horse ownership between 2000 and 2011. The paper demonstrates, among other pressures, that a shift of land use from hay to corn for ethanol has reduced the hay available to horse owners, cattlemen and dairy farmers.

Severe drought in some states has made an already insufficient supply of hay all but collapse. In 2011, Congress ended the long standing subsidy for ethanol in gasoline and removed tariffs on sugar cane. EWA hopes this will put a downward pressure on hay prices in coming years.

The Equine Welfare Alliance (EWA) is a dues-free 501c4, umbrella organization with over 290 member organizations and over 1,000 individual members worldwide in 21 countries. The organization focuses its efforts on the welfare of all equines and the preservation of wild equids. www.equinewelfarealliance.org