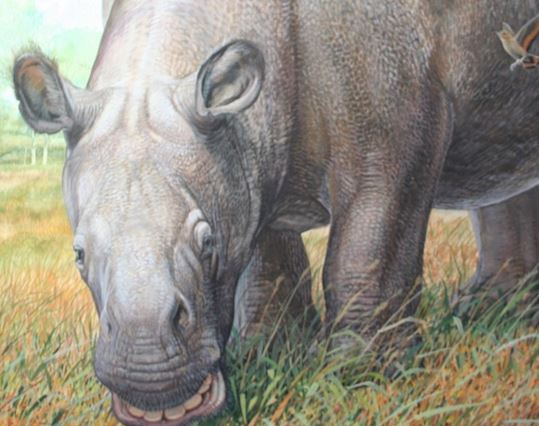 As a youngster in school, we were shown drawings of ancient horses. They looked like miniature horses in a way. These do not look like that. More like camels, rhinos… all sorts of animals. Very interesting article. ~ HfH

From: Discovery News
By: Jennifer Vegas 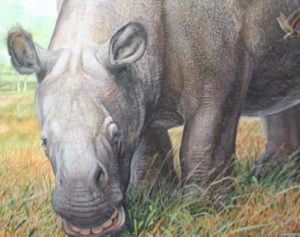 The Toxodon – looks more like a rhino than a horse

Horses are related to a mysterious group of animals that noted British naturalist Charles Darwin called the “strangest animals ever discovered.”

New research in the journal Nature sheds light on the still-puzzling evolutionary past of these animals: South America’s native hooved species, which lived from around 60 million years ago to 10,000 years ago.

“Darwin’s description of Toxodon as one of the strangest animals ever discovered was probably because of the range of animals that its skeleton had similarities to,” co-author Ian Barnes of the Natural History Museum told Discovery News.

Darwin and Victorian anatomist Richard Owen scratched their heads over this beast, as its remains had resemblances to rodents, pigs, elephants, hippos, whales, sloths and even armadillos.

The new study found that Toxodon is actually related to mammals like horses, rather than to elephants and other species with ancient evolutionary ties to Africa. 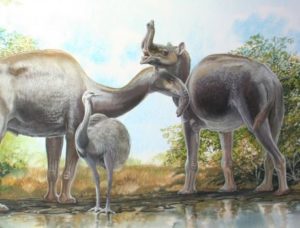 More camel than horse …don;t you think? Scientists say no. Here is the Macrauchenia

Macrauchenia is yet another early South American hooved animal that researchers found had ties to today’s horses. Since horses are also related to living tapirs and rhinos, Macrauchenia shares those connections as well.

The researchers describe this animal as looking like a humpless camel with a snout. It lived around 7 million years ago, while Toxodon came on the scene much later at 2.5 million years ago.