Sport of Kings is a killing ground for young thoroughbred racers

Sport of Kings is a killing ground for young thoroughbred racers 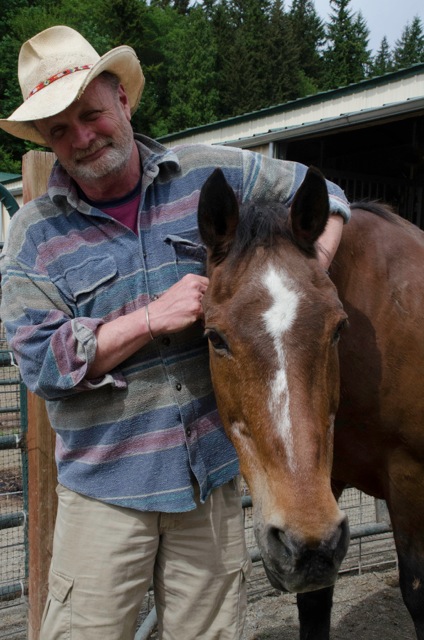 There are certain moments in our lives that are imprinted indelibly upon our memories. We remember exactly where we were, what we were doing and what we were thinking and felt on those days. For those of my generation these include November 22, 1963, when President John Kennedy was assassinated in Dallas, Texas, and July 21, 1969, when millions of Americans stayed up into the wee hours of the morning to watch on live television as Neil Armstrong took his giant step for mankind upon the moon. For many today, it is September 11, 2001, when again we watched on live television in horror and disbelief as hi-jacked airliners crashed into the World Trade Center’s twin towers and brought both crumbling to the ground. All too often it is great tragedies that will remain vivid in our memories for the remainder of our lives.

For true horse lovers, there are also tragic dates that will resound in our memories forever. In the past ten years there have been two we will never forget. On May 20, 2006, the magnificent Thoroughbred race horse Barbaro, the Kentucky Derby winner that year, shattered his right hind leg while running in the second race of the Triple Crown, the Preakness. Despite multiple surgeries for the three broken bones, an attempt to keep him alive to stand at stud, he had to be euthanized in January the following year. Then another great Thoroughbred racer, the filly Eight Belles, died just over a year later on May 3, 2008, while actually running in the Derby itself, collapsing when both front legs shattered just over the finish line after placing second. Her horrific injuries required that she be immediately euthanized right there on the track. Both Barbaro and Eight Belles had been raced as two year olds and were barely three when they died.

For me, there was another horse racing tragedy that remains even more vivid in my mind. It was July 6, 1975, and I was again watching on live TV with millions of other Americans as Ruffian, an undefeated filly, ran in a match race against that year’s Kentucky Derby winner Foolish Pleasure at Belmont Park in New York. Ruffian was a beauty, a dark bay standing 16.2 hands. Not only was she undefeated, she had won her first 10 races at distances from 5.5 furlongs to 1.5 miles by an average of 8 1/3 lengths, setting track records almost every time she ran. She easily won the Filly Triple Crown, now known at the Triple Tiara, and was named the Eclipse Award winner as the outstanding two-year-old filly in 1974. Only one of her track record times has ever been broken to this day and Ruffian was rightfully nicknamed “Queen of the Fillies” by her many fans. Her sire was Bold Ruler, who also fathered the famous Triple Crown winner Secretariat and Lucien Laurin, who trained that famous colt, once said, “As God as my witness, she may even be better than Secretariat.” This female-against-male horse race had received similar media attention to the historic “Battle of the Sexes” tennis match between Billie Jean King and Bobby Riggs two years earlier, so there I was, not even a horse racing fan, glued to my television set to see what the outcome would be. It turned out to be the one of the most heart wrenching things I’ve ever witnessed.

Ruffian and Foolish Pleasure came out of the gate side by side and raced around the track as if they were glued together. Then she began to pull away and there was no question in anyone’s mind who the winner would be. Until suddenly and with no warning her right foreleg simply blew out, flopping all over the place.

Jockey Jacinto Vasquez did his best to rein her to a stop, but she just kept running on three legs, covering almost 100 yards before she finally collapsed. That is the picture that will remain in my memory forever, that valiant horse in horrible pain still determined to win the race. Both sesamoid bones in her leg had broken and despite a three-hour operation to try and save her, she thrashed around so much coming out of sedation that she did further damage and was put down. It turns out Ruffian had had two other serious injuries during her brief career, popping a splint while winning the Sorority Stakes and suffering a hairline fracture in her right hind leg during the Spinaway. Despite these warning signs, her owners kept racing her. Media coverage of Ruffian’s death was similar to that of Barbaro and Eight Belles 30 years later, and then as now was soon forgotten as the injuries and deaths of young Thoroughbred race horses continues unabated at tracks across North America. A fact overlooked by those who go to Thoroughbred tracks to bet on and claim to love these magnificent animals is that from 25 to 35 die at every major racing meet from injuries similar to those suffered by Ruffian, Barbaro and Eight Belles, and countless more at smaller venues each year. The vast majority of these come in two-year-old races, the current norm in Thoroughbred racing. There have already been ten deaths due to similar breakdowns already at Saratoga Springs in New York since that meet opened on July 18, three in three days from August 21 through August 23, but those horses are not famous and no one remembers their names. Ruffian is probably remembered today only because she was immortalized first in the song “Stewball” by Joan Baez following her death, and later in a TV movie about her life starring Sam Shepard that aired in 2007 following Barbaro’s tragic breakdown.