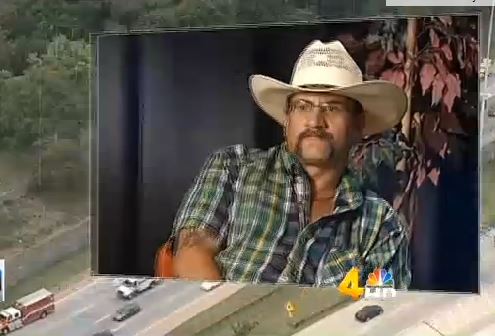 In case you have forgotten about this horrendous case of abuse and horse slaughter, here is a post from May 2012:

Regrettably, the cruelty observed in Terry Saulters’ case is not an exception but the rule. January 17th, 2012, a trailer containing 38 horses headed to Mexico for slaughter belonging to Tennessee’s registered killer buyer and livestock dealer Dorian Ayache (operating under the trade name of “Three Angels Farms”) overturned on I-40 after its driver apparently fell asleep. Right after the accident, Mr. Ayache showed up with another trailer and whisked away the surviving, injured animals from the scene. Unfortunately for Ayache, Nashville’s WSMV-TV Channel 4 was covering the wreck and he not only told reporters the animals were headed to a farm in Texas (actually the Morton feedlot) instead of to a Mexican slaughter plant but also that injured animals were taken to a farm Oklahoma to recover. However, records obtained from SAGARPA (Mexican Agriculture Department) show the conveyance headed instead directly to the border where Mexican government veterinarians rejected the admittance of four injured horses from Three Angels Farms as their condition was so bad they could not be accepted for slaughter for human consumption. Further documents proved the remaining 34 animals, many of them also injured, were sold to Inter Meats S.A. de C.V. in Aguascalientes, a front company owned by Belgian Chevideco NV and operating the Empacadora De Carnes Unidad Ganadera plant. Not surprisingly, Ayache was not going to spend a few bucks in euthanizing these four rejects and instead they were apparently dumped, hoping they would eventually die of their injuries at no cost to him. Ayache made $11,100 out of this load alone. Not only these horses were trucked again, badly injured, for more than 1,400 miles but also the ones in worst conditions, not meeting standards, were simply rejected and dumped, left to suffer a slow, agonizing death. This is the “humane euthanasia” championed by the pro-slaughter lobby and its hired guns.

After all this time, it looks like little justice will be meted out. Its a sad day, if this plea holds true. ~ HfH

From: WSMV
By: Nancy Amons

NASHVILLE, TN (WSMV) -A plea deal is in the works for a slaughter-horse hauler that could include no prison time and a fine of less than $25,000.

Dorian Ayache is the owner of Three Angels Farm in Lebanon, a trucking company whose rickety trailers wrecked on the interstate twice in 2012, endangering drivers and causing several injured horses to be euthanized.

Ayache was facing 26 years in prison for violating a U.S. Department of Transportation order to shut down after inspectors found numerous safety violations.

Tuesday, Ayache entered a guilty plea in federal court. If it’s accepted, all the charges against him will be dropped except one: failing to maintain a current driver’s log.

Ayache would serve six months in prison at most, but he could end up serving no time at all.

“This violation, number one, resulted in endangering thousands of people on the road, but also contributed to the suffering of thousands of animals who were unfortunate enough to find themselves in his care,” Lassiter added.

Ayache was transporting horses to the Mexican border, where they were to be slaughtered for human food that is sent overseas.

The federal government criminally charged Ayache with continuing to operate an unsafe trucking operation after being ordered to shut down. The Department of Transportation found Three Angels Farm’s equipment in disrepair and its drivers’ logbooks inaccurate.

Scott York was driving the Three Angels trailer that broke in half on I-440 in 2012. He told Channel 4 that Ayache ordered drivers to stay on the road for longer than the law allows. 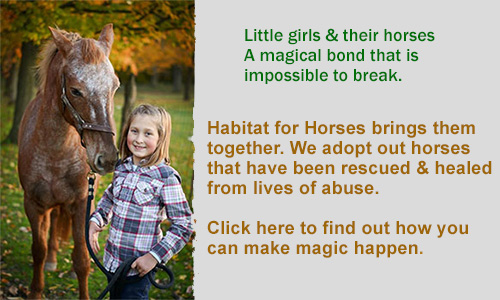