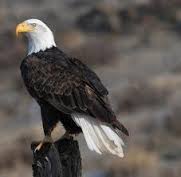 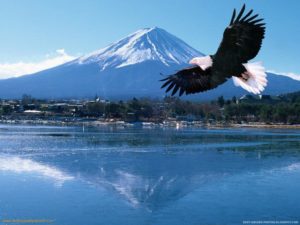 SEATTLE, Washington (KING) — Sharon Thomas couldn’t believe what she saw when she took a walk on her property near Winlock, Washington last Friday.
“I got the binoculars, was unable to tell what it was,’ she said. She found one of what turned out to be seven beautiful bald eagles all near death. “We didn’t realize what the culprit was, why they were so sick,” she said. “It was heart wrenching, wanting them to open their eyes and stay breathing so we could get them to the people who could help us.”
A worker with Raindancer Wild Bird Rescue in Olympia brought the eagles to West Sound Wildlife Center, where a team of 15 volunteers have been working on the birds for days. They were all in critical condition. Some of the eagles were vomiting and convulsing while the most critical were unconscious and unresponsive. The volunteer vets managed to save all of the birds at least for now.
“It’s miraculous that they’re even here,” said Dr. Alicia Bye.
“Miraclulous” because the eagles had likely eaten enough poison to kill a horse.
Workers at West Sound Wildlife Center believe the eagles ate meat from two dead horses that had been euthanized with a strong poison called pentobarbital sodium. It appears, however, those horses had not been properly disposed of, and were left to rot where other animals could eat them.
Just a few more bites would’ve killed the eagles, said Dr. Bye, and other animals, as well. “All animals will scavenge.  That includes your dog, my dog, cats and birds of prey.”
Two of the birds remain in critical condition. One is still unable to stand. They are all quite young, just two or three years old. They don’t even have the telltale white feathers on their heads yet.
“What’s so sad is that this was completely avoidable,” said Mike Pratt, the Shelter’s director of wildlife services.
Because bald eagles are a protected species, federal wildlife authorities are now investigating this case. If a horse owner is responsible for the birds getting sick he could face a year in jail and a $100,000 fine.
Two of the birds are recovering well and could be released within the next 48 hours. Others, however, are given about a 50-50 chance of survival.
“We could’ve lost them all,” said Sharon Thomas.  “And who’s to say how many more have been affected?”