Saving the mustangs of America

Habitat For Horses / breaking  / Saving the mustangs of America
8

Saving the mustangs of America 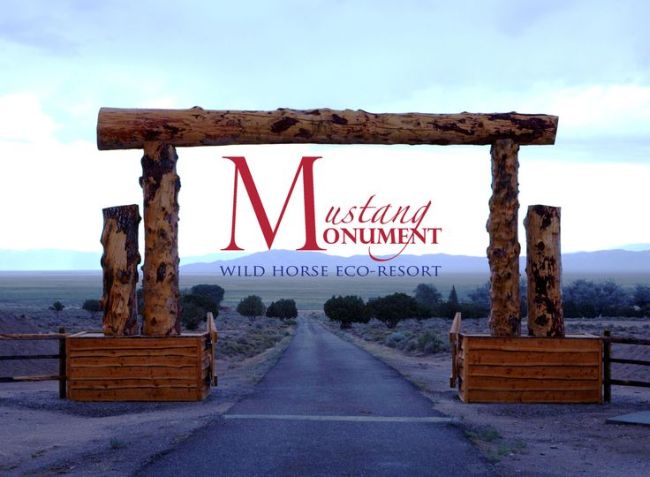 Another promo piece for the Picken’s Luxury Dude Ranch. As we said before: No studs, no family groups… are these truly “wild horses”? According to this article linked here – $2400 for 4 days to see what was free before, Pickens’ eco-sanctuary looks more like a wild west tourist trap. Be sure to comment both on the original website linked at the bottom below and our own website to let others know that Luxury Dude Ranchers will not save our American Wild Horses~ HfH

From: WPTZ
By Aaron Millar – CNN 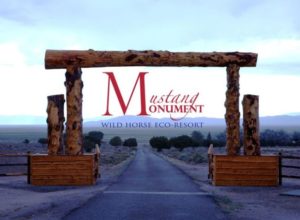 (CNN) —There is, perhaps, no greater living symbol of the untamed, pioneer spirit of the American West than the wild mustang.

In the Great Basin of the United States — a vast, empty, desert plain that stretches across most of Nevada and includes parts of Utah, Idaho, Oregon and California — it’s estimated that 40,000 mustangs still roam free.

They’re regarded by many as part of the national heritage and a treasure for people the world over to enjoy.

Her new resort provides a sanctuary for some of these horses while also offering a deluxe stay for those interested in discovering a little more about this American icon.

History of the Mustang

Though some dispute the claim, scholars generally believe that mustangs were introduced to the New World by the Spanish in 1493, having been brought over by Columbus on his second voyage to the Americas.

When Native Americans first saw them, they called them “big dogs.”

But soon they became an essential component of the life of America’s first people and are still considered sacred by many tribes.

In the 19th century, horses of all types, of course, played an essential role in the westward expansion and modernization of America.

But protection policies aren’t popular with everyone who lives and works in the West.

Ranchers view mustangs as a threat to their livelihood.

“They’re feral,” says a former mustanger — the term used for cowboys charged with controlling their numbers. “Without a natural predator, their presence is unsustainable and bad for the environment.”

Charged with maintaining the ecological balance of public grazing land, the federal Bureau of Land Management (BLM) has found itself in the middle of disputes related to mustangs and wild horses. (Often used generically to describe any wild horse, “mustang” is derived from the Spanish term “mustengo,” which means “ownerless beast” or “stray horse.”)

In April, according to The Salt Lake Tribune, Iron County officials in Utah drafted a letter to the BLM in effect telling the government that if it didn’t remove wild horses from their land, local residents would do the job themselves.

In June, a suit brought against the federal government by the Nevada Association of Counties and Nevada Farm Bureau Federation demanded that the BLM accelerate roundups of mustangs there, as reported by the Las Vegas Review-Journal.

In Nevada, the BLM agreed with ranchers that wild herds threaten the range, but also said it doesn’t have the resources to conduct the popular roundups.

Animal rights groups argue that many of these “gatherings” are unnecessarily cruel, leaving many animals wounded or dead.

They contend that the level that has been set for a sustainable number of wild horses on the land, and reports of their negative impact on the environment, have been skewed in the favor of opposing human interest groups.

Although the BLM adopts a portion of roundup animals to new homes, costs for keeping them are escalating.

Seed of a solution

The brainchild of billionaire businesswoman, philanthropist and former wife of oil tycoon T. Boone Pickens, Madeleine Pickens, the new ranch is designed to provide a sanctuary for up to a thousand wild horses and a chance for tourists to connect with this iconic symbol of America.

By eliminating expensive holding pens, Pickens says that her ranch alone can save taxpayers as much as $2.5 million a year, while allowing the horses to roam free. 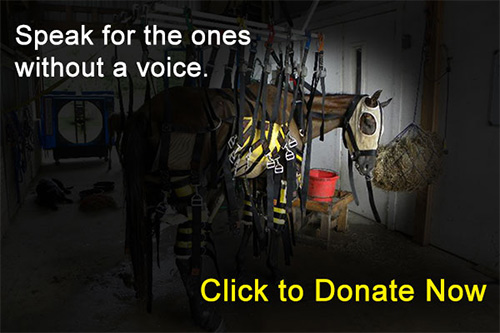