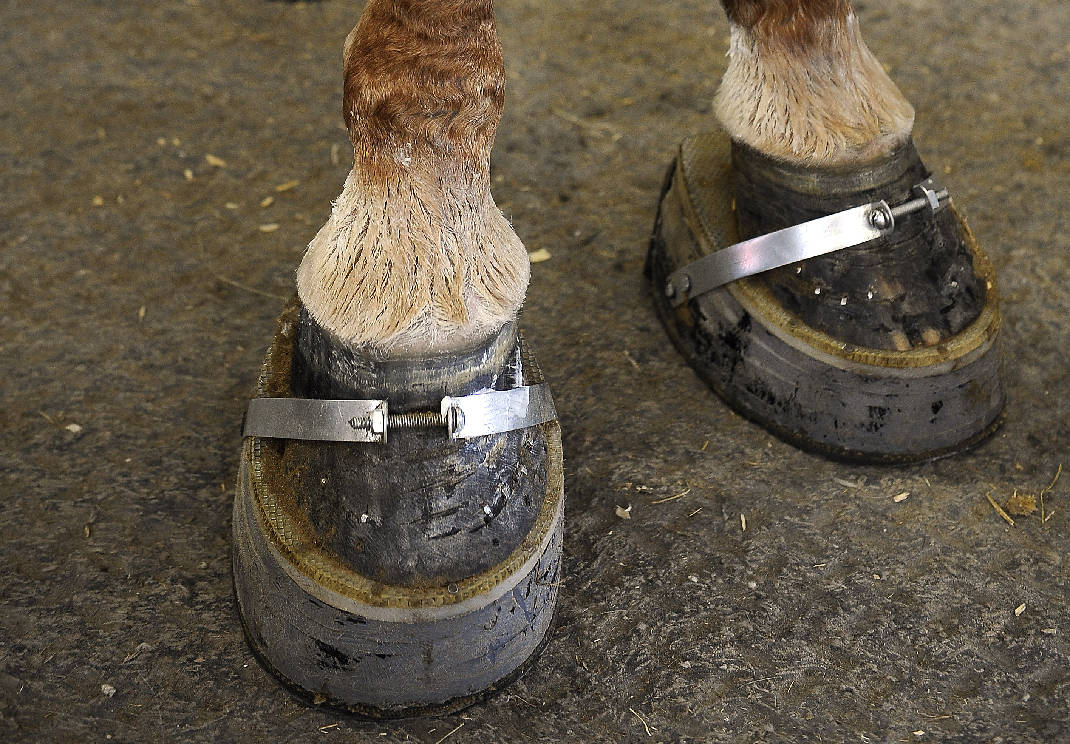 How in the world anyone could enjoy watching horses whose feet have been wounded to make them “step high”? Obviously there are people with a great deal of money who view this torture as entertainment. These horses are helpless – they cannot stop the torture of having acids and painful devices on their feet. They have no voice. Be their voice. Stop this madness. Insist that your representatives pressure the those House and Senate Members who have been bought by The Lickers to change their vote. Here is a link to find your representatives: https://www.opencongress.org/people/zipcodelookup. ~ HfH</span>

From: The Chattanoogan
By: Roy Exum

When Congressman Ted Yoho (R-Fl.) introduced the 2015 version of the “Prevent All Soring Tactics” in Congress this week, he already had a bipartisan crowd of 50 Republicans and 50 Democrats as co-sponsors. That’s hardly amazing. Today there are over 280 organizations, associations, veterinary and animal advocates who vehemently support the legislation, because it is well documented, the barbaric practice of soring Tennessee Walking Horses goes on unabated. 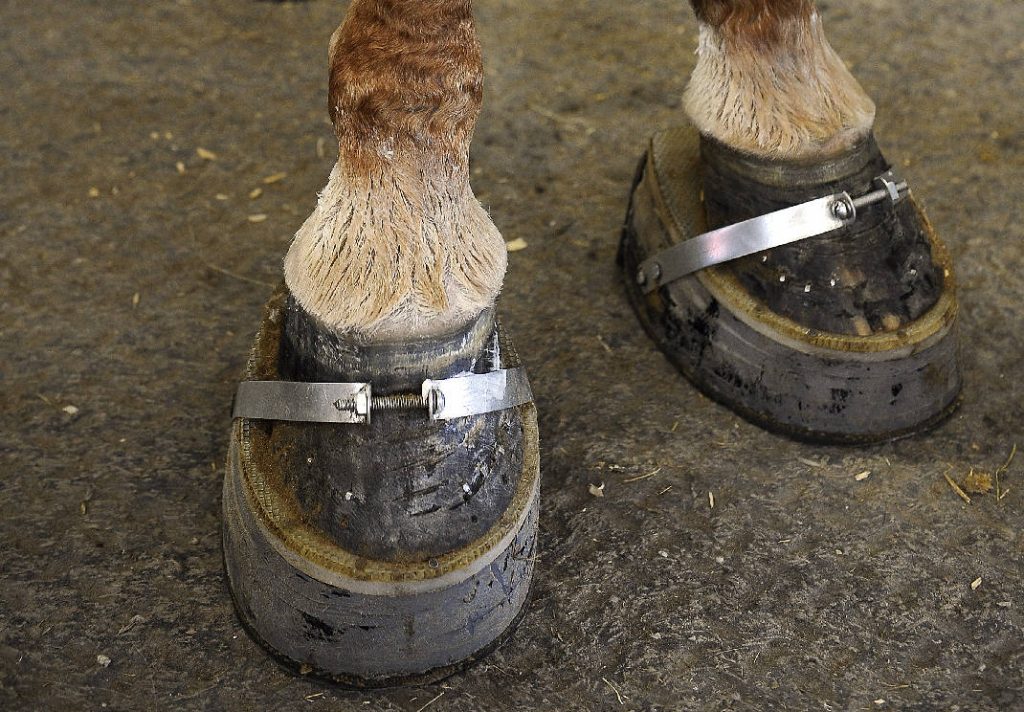 This Tennessee walking horse is fitted with pads but not chains.
Photo by Associated Press/Times Free Press.

This is particularly true in Tennessee and Kentucky, we are told, and that is quite noteworthy because not one of Tennessee’s eight Republican members of Congress or the state’s two Republican senators endorse either bill.

Neither do all five of the Republican members of Congress from Kentucky or its two senators.
Soring horses, where a twisted trainer intentionally inflames the front legs of a Tennessee Walking Horse so it will dance a gruesome and agonizing dance called the “Big Lick,” is illegal as well as nauseating. But the Republican stronghold in the worst two states are not willing to lift a finger unless it’s the middle one. That’s allegedly because the “Big Lick” and its crazed followers have been found to give thousands upon thousands of dollars in “campaign donations” to the same Republicans in a way some believe – using polite words — curries favor.

Last year, one member of Congress, Marsha Blackburn (R-Tn.), sponsored alternate legislation after receiving donations in excess of $60,000 that could be directly traced to the cancerous “Big Lick” crowd. Are you kidding me? If you ever wanted a lesson in how an elected member of Congress goes wrong, take a look at this woman’s despicable actions in the same year – get this – that over half of the horses entered in the Big Lick’s National Celebration were proven to be sored and abused.

Scott Desjarlais (R-Tn.), in another documented instance, has openly berated the U.S. Department of Agriculture for its inspection process, this after he allegedly received over $30,000 at a reception sponsored by the Big Lick and Chuck Fleishmann (R-Tn.) has taken thousands in donations from Big Lickers which, obviously, he “deeply appreciates.”

As a matter of fact, the word is out that the Big Lickers are forming a new board of governance that will supersede all other Big Lick groups and make up its own rules, as well as penalties, in order to foster the cheating. The rumor is it will be called The Walking Horse Equestrian Foundation, a play on the widely-respected United States Equestrian Foundation, which despises and detests the sadistic practices that are such a delight to the Big Lick.

With attendance at Big Lick shows at an all-time low, the lickers are fighting back. Earlier this month a Big Lick trainer, Jamie Lawrence of Vineland, Ala., was indicted by a Maury County grand jury after video tape showed him apparently trying to hit Teresa Bippen with his truck as she protested a show. Ironically, Ms. Bippen is a champion of flat-shod Wwlkers and is the president of the fast-growing Friends of Sound Horses.

Ms. Bippen escaped unhurt, but observers claim the horses Lawrence was hauling could be heard falling inside his aluminum trailer as he jerked his truck’s wheels at Ms. Bippen. That’s the Big Lick, alright. Lawrence is a known violator of the federal Horse Protection Act and has received several citations from the U.S. Department of Agriculture in the past. Now he’s facing “aggravated assault with a deadly weapon” and, again, the felony offense is well-documented on a video tape.