Rare Horses Released In Spain As Part Of ‘Rewilding’ Effort

Rare Horses Released In Spain As Part Of ‘Rewilding’ Effort 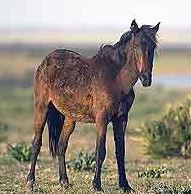 Retuerta horses, whose DNA are close to an ancient European breed, are being introduced to the wilds of western Spain. Rewilding is a growing movement across Europe. The re-introduction of a species, native to an area, driven out or kill by humans, will only strengthen its ecosystem. Large herbivores help clear over grown brush, thus reducing wild fire risks. ~ HfH

From: NPR
by Lauren Frayer 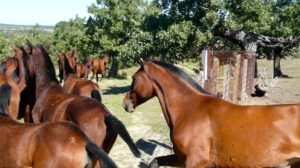 Two-dozen Retuerta horses, the second of two batches, are released into the Campanarios de Azaba Biological Reserve in western Spain.

For the first time in two millennia, wild horses are once again galloping free in western Spain, countering what happened when the Romans moved there and domesticated the animals.

Four-dozen Retuerta horses have been released into the wild in western Spain over the past two years as part of a project by Rewilding Europe, a nonprofit group that seeks to turn the loss of rural farming life into an opportunity to boost biodiversity.

The endangered Retuerta is one of the oldest horse breeds in Europe and most closely resembles the race of ancient Iberian horses that populated this region before being domesticated. 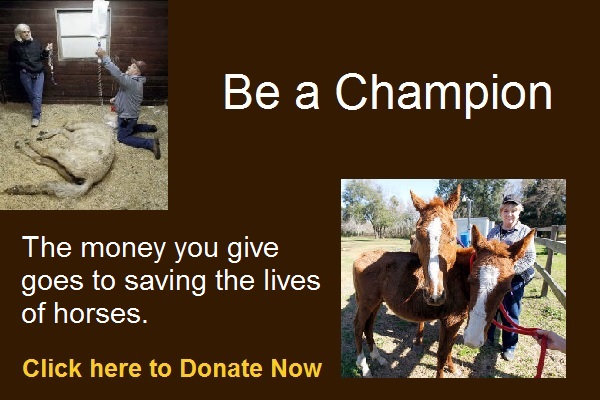 Retuertas are nearly extinct, with only about 150 remaining in Doñana National Park in southern Spain. Living in a single cluster there, the entire species could be wiped out by any potential disease or calamity.

So wildlife experts arranged to have two batches of two-dozen Retuertas each brought to the Campanarios de Azaba Biological Reserve, an unfenced area of western Spain that’s believed to have once been native territory for the horses.

“Our idea is to just let them manage the ecosystem themselves. It’s a wild horse. So it’s in its DNA to roam free in the wild,” said Diego Benito, a forestry engineer who lives and works at the reserve.

“Of course it is endangered — close to extinction — and we’re conservationists,” he added. “So if one of them gets ill, we could call the veterinarian. That’s not the idea in the future — we’ll treat them like wild horses. But for now they could use a little care.”