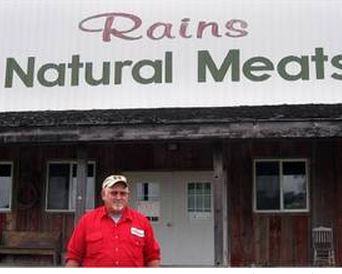 “No he won’t”  “Yes he will.” The incoming news on Missouri horse slaughter has changed. Rains is still trying to get the permits to open to horse slaughter. Missourians contact your governor and let him know why horse slaughter should not be allowed in your state. ~ HfH

From: News-Press Now
By: Ray Scherer 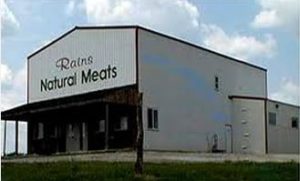 A Daviess County businessman pledges to seek the necessary state government permission that would allow him to process horse meat for human and pet consumption.

David Rains, who owns Rains Natural Meats east of Gallatin, Mo., told the News-Press on Monday that he plans to participate in an administrative hearing in two weeks with the Missouri Department of Natural Resources. A permit is required from the agency in order for Rains Natural Meats to operate a wastewater lagoon involved in equine processing. It represents a reapplication to the state for a general wastewater permit.

Mr. Rains also responded to a press release by Front Range Equine Rescue, a Colorado organization that has been leading recent attempts to thwart the resumption of domestic horse slaughtering. Front Range said Rains Natural Meats had given up in its efforts to obtain approval for the lagoon and its processing plans.

He denied that he has relinquished any means to begin the operations.

“It’s all wrong,” he said of the Front Range report. “They didn’t bother to to talk to us.”
He said he’s ultimately pinning hopes on convincing Gov. Jay Nixon that horse processing is a viable venture.

Bruce Wagman, an attorney representing Front Range, dismissed the comments and said the organization has no plans to relent on its argument that horse slaughter is inhumane and detrimental to the environment.