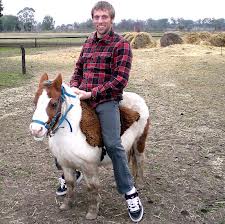 Recent research has revealed that a third of riders are too heavy for their horses, causing them to suffer from back pain, lameness and behavioural problems.

The study, which was published in the Journal of Veterinary Behaviour, assessed 152 horses and their riders in Devon and Cornwall. A shocking 32% of riders weighed more than 15% of the weight of their horse, which means they are putting their horses’ health at risk.

“People tend to think horses are such big animals they must be okay, and not to take notice of the weight issue of riders,” said Dr Hayley Randle, from the Duchy College in Cornwall. “But the health impact on the horse can be quite extreme, quite quickly.”

Only eight (5%) of those questioned weighed less than 10% of the weight of their horse, which adheres to recommended veterinary guidelines. Ninety-five riders (62%) weighed between 10% and 15%, which is considered ‘satisfactory’.

According to Dr Randle, who carried out the research with her colleague Emma Halliday, while these are just “broad-brush guidelines” they do give an idea of the weight-baring capabilities of each horse.

“The problem is that these ratios are not widely known by people in the horse industry,” she said. “People do seem generally to be a bit heavy for horses. That is just a consequence, I suppose, of our average weights going up. It is definitely a potential welfare issue.”

President of the British Equine Veterinary Association, Keith Chandler, agrees that many health problems, such as lameness and back problems, are caused by “the wrong riders on the wrong horses”.

“Many riding schools are very aware of these problems and exactly who can ride which horses and who cannot, but there are some horse people who may not fully understand the issues,” he said. “There is a discussion which needs to take place in the horse riding community. There needs to be an awareness that some larger riders need to ride bigger horses.”