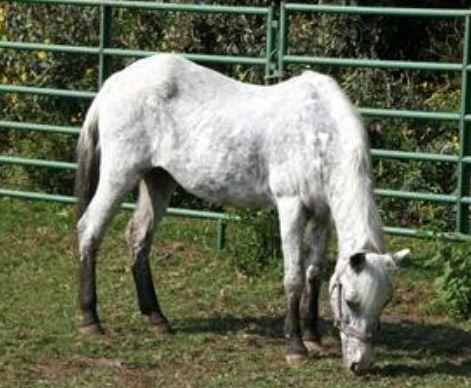 Forty-two year is quite a long life for a horse. The oldest on record is of course Old Billy, a 19th century horse that is said to have lived to the unheard of age of 61. Shayne, a handsome chestnut lived to 51 but passed away last year. If any of our readers know who the oldest living horse is, be sure to comment! In fact – who is the oldest horse you are aware of? ~ HfH

From: Livingston Daily
By: Abby Welsh

Tiny Bubbles, the longest-living horse from Horses’ Haven, passed away at the age of 42 on Dec. 8. 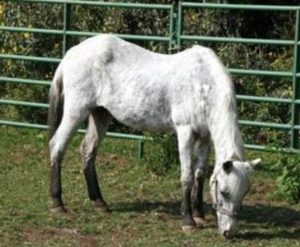 Tiny Bubbles, the oldest resident at Horses’ Haven in Deerfield Township, died at the age of 42 in early December.
(Photo: HORSES’ HAVEN)

The rescued horse was one of many record-breaking horses that lived past the typical lifespan of a horse — between 25 and 28 years old.

“Living until 42 was quite an achievement for Tiny Bubbles,” said Debi Coonce, Horses’ Haven co-owner.

Tiny Bubbles had been with Horses’ Haven, a nonprofit organization in Deerfield Township north of Howell, since 2010.

Prior to her arrival, a few people called Coonce to tell Tiny Bubbles’ story, hoping she would be taken in.

“The first one told us her grandma bought Bubbles around 2003 from a man who purchased horses at auctions so they wouldn’t go to slaughter,” Coonce said. “We were lucky to bring her in.”

Because horses are pack animals, each horse is paired with another in one of the 15 pastures at the location. The horses are paired up based on their histories if possible.

“We give the horses some time to spend together and see how they interact,” Coonce said. “Diamond and Bubbles’ ages were 20 years apart, but they hit it off and were together ever since they both came to the organization.”

Diamond, a 20-year-old saddlebred, was going blind, but Tiny Bubbles seemed to push through as long as she could to help comfort Diamond.

“I think that’s why she lasted as long as she did,” Coonce said.

Usually when a horse loses its companion, the horse can become extremely upset and uneasy.

“We try to keep an eye on the horse. We also let the living horse go up and smell the one that passed away and allow them to grieve, if you will,” Coonce said.

Diamond is now with Angel, who has been with Horses’ Haven for a number of years. The two get along well.

“Many kids learned how to ride on Tiny Bubbles,” Coonce said.

Coonce and the rest of the staff at Horses’ Haven deeply miss Bubbles, but are thankful for the long life she lived.

“I really think she tried her hardest to stay around for Diamond, and there were several other times we thought it was her time to go, so her strength and inner fight will be missed and admired,” Coonce said.