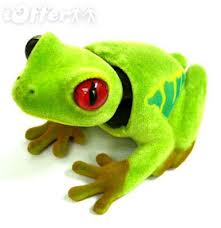 The illegal use of secretions from a type of South American frog is at the heart of a recent doping scandal that threatened Oklahoma’s billion-dollar horse racing industry.

(Comment – Shoot this stuff into them, then kill them and send the meat to Europe, all with the blessing of the USDA and the State of Oklahoma. This is what our world has come to – make money, no matter who it harms or what lives are lost. – Jerry)

The painkiller is made from the poison of jungle frogs

A tiny, South American frog is at the heart of a recent doping scandal that threatened Oklahoma’s billion-dollar horse racing industry.

Regulators last summer uncovered a scheme where a handful of trainers were using a performance-enhancing drug that can be drawn from the back of the frog to rig races at Remington Park and elsewhere.

The so-called “frog juice,” described as 40 to 100 times more powerful than morphine, is suspected of helping horses run faster, possibly by masking pain.

So far in Oklahoma, 15 horses have tested positive for the drug, 10 of which were quarter horses trained by two brothers, Roberto Sanchez-Munoz and Alejandro Sanchez-Munoz, both of Vinton, Texas.

The Oklahoma Racing Commission recently suspended the brothers from racing and cases are pending against three other trainers for positive tests in five horses.

Meanwhile, the owners of Remington Park in Oklahoma City earlier this month won court approval of a decision to ban four other trainers, including some alleged to have employed the drug both in Oklahoma and at tracks in other states.

“It damages the integrity of the sport,” racing commission Executive Director Constantine Rieger said. “Surely when you have the industry being talked about in a negative light, it’s obviously going to damage the public interest and confidence in racing,”

Rumors of a wonder drug that rocketed race horses to the front had circulated for three or four years among trainers, grooms, jockeys and others who inhabit the back sides of race tracks across the country.

Still, post-race drug tests conducted on all winners and other random horses failed to find any evidence of cheating.

“It’s sort of like steroids in baseball,” said Scott Wells, Remington’s general manager. “When someone is taking an unfair advantage, the word gets around. Some of these trainers had never been heard of, in terms of their accomplishments, then, all of a sudden, they’re doing exceedingly well.”

All but one of the 10 horses trained by the Sanchez-Munoz brothers that tested positive for demorphin finished either first or second in their races at Remington Park, which offers the largest quarter horse purses in the nation. The brothers’ tainted horses won purses for their owners totaling $55,720. Trainers and riders each typically get 10 percent of the purse.

“We knew who was running hot,” said trainer Russell Harris, of Bandera, Texas, as he stood outside a stall barn at Remington Park one afternoon last week.

“I was on the verge of just quitting,” said Harris, who has trained 2,000 winners, seven world champions and won $18 million in purses in his 40-year career. “It was very frustrating. You couldn’t compete.”

Faced with growing suspicions, complaints from trainers and worries about losing credibility with fans, about four dozen industry leaders held a two-day summit at the New Orleans fair grounds in October 2011 to address the issue, said Debbie Schauf, executive director of the Oklahoma Quarter Horse Racing Association, who attended.

As a result, testing laboratories redoubled their efforts and by the spring of 2012, with the aid of some seized material, a Denver-area lab cracked the signature code of a drug that had baffled track veterinarians.

In addition to the 15 Oklahoma horses, the new test also detected demorphin in eight race horses in New Mexico, 11 in Louisiana and one in Nebraska. Positive tests are believed to have occurred in other states, but have not been publicly confirmed.

By comparison, only 47 of the more than 320,000 samples tested nationwide in 2010 contained any substances that could be considered horse doping, according to a study by the Association of Racing Commissioners International. In Oklahoma, only four other horses have tested positive for such drugs in the past five years.

“The system worked once they knew what they were looking for,” Schauf said.

Known by the scientific name of Pyllomedusa sauvagei, the waxy monkey tree frog is native to the prairies of Argentina, Brazil, Bolivia, and Paraguay. In order to prevent excessive water loss in a very dry climate, the frogs secrete an oily liquid over their skin to prevent evaporation. The opiate-like drug has pain killing properties with no known medical use in horse racing. Racing authorities suspect someone developed a synthetic version of the drug that found its way into the industry.

The drug is injected intravenously, usually about two hours before a race, said Harris, the trainer.

Demorphin has never been tested for safety in horses or gone through any drug trials. Its full effects are not known and because of that regulators fear demorphin could cause injury or death to horse and jockey.

Owners of horses that test positive forfeit any purse and the money is redistributed to the owners of other horses in the race. Trainers in such cases face disciplinary action that can include suspensions and fines.

In the most recent cases, the racing commission imposed 20-year suspensions on both Sanchez-Munoz brothers and fined Roberto Sanchez-Munoz $100,000 that he will only have to pay should he seek to re-enter the industry.

The other three pending Oklahoma cases involve James E. Jones, a thoroughbred trainer at Will Rogers Downs racetrack in Claremore who had three thoroughbreds test positive, and two trainers at Remington, Ralph Muniz and Rodney Harmon, who each had a quarter horse test positive.

There is no recourse for bettors in tainted races, many of whom place cash wagers, making it hard for the racetrack to track. “It would be impossible to make right,” Rieger said.

Demorphin is just the latest drug employed in an ongoing cat-and-mouse game between racing regulators and cheaters who seek a chemical advantage that can go undetected.

Over the years, regulators have discovered a variety of banned substances in race horses, including cobra and cone snail venom, blood doping agents, Viagra, cancer drugs and, now, “frog juice.”

Both Remington Park and racing commission officials stress that doping is rare and that nationwide less than one percent of trainers are responsible for 98 percent of drug infractions. They say horse racing was the first sport to introduce drug testing and tests for more substances with greater sensitivity than any other. Less than one percent of all horses tested come up positive, including for permitted therapeutic medications, Rieger said.

In January, Remington announced a policy that bans horsemen who are facing unresolved positive test results or who are on the suspended list of either the American Quarter Horse Association or The Jockey Club, the breed registry for thoroughbreds in the United States.

The racetrack also teamed with the racing commission to implement a new pre-race inspection program.

Even so, some industry insiders say more regulation is needed if racing is to survive.

“If we don’t have more stringent enforcement and more rigid testing, there will be no industry,” Schauf said.