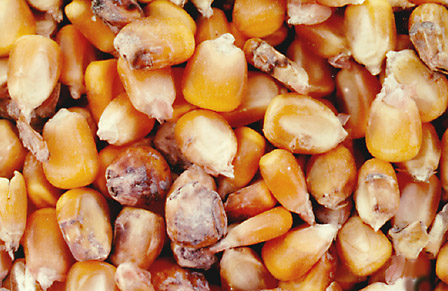 Texas is known for its hot weather. With all these spring rains that means mold – especially in areas around the Gulf Coast. Moldy feed is bad for our horses. Using quality feed in a timely fashion is really the best way to keep your horse healthy. As the article points out – its not just corn that can get moldy. ~ HfH

From: The Horse
By: Karen Briggs

We are what we eat! This hits home when we examine the broad range of diseases and disorders linked to nutrition. Some conditions are caused by nutritional imbalances; others have their root cause elsewhere but can be addressed with specialized nutrition. Here, we’ll take a look at moldy corn poisoning. 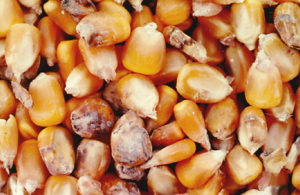 Dozens of types of fungi and molds can attack corn, oats, and barley, especially when the grains are packaged at high moisture levels. Not only does mold pose a threat to your horse’s respiratory health when he sticks his nose in a bucket of “furry” feed, but some molds also exude poisons called mycotoxins, which are potentially fatal.

Mycotoxins have the potential to cause reproductive, digestive, neurologic, and athletic problems in horses. Add to that list paralysis, hypersensitivity, brain lesions, and a gradual deterioration of organ function, which, in turn, can affect respiration, feed efficiency, and growth rates in youngsters. One of the most dangerous things is that most molds that affect grains don’t affect the palatability of the feed. Without a change in the taste or smell of the ration, horses are likely to keep eating, the debilitating effects of the mycotoxins increasing with repeated exposure.

Equine leukoencephalomalacia, or ELEM—more commonly known as moldy corn poisoning—is the most common mycotoxin-related syndrome in horses. It is the result of a fungus called Fusarium moniliforme, which often invades corn fields when crops are stressed by drought or when conditions are very wet at harvest.

Fusarium produces a toxin called fumonisin, which, when consumed in sufficient quantity over at least one to two weeks, causes liver or neurologic problems, beginning a week to a month or so after exposure. Horses show incoordination and a reduced response to stimuli at first, followed by circling or aimless wandering, hyperexcitability, pressing the head against solid objects, blindness, and partial paralysis. Eventually, the affected animals go down and are unable to get up. These signs are a result of extensive brain damage (necropsies reveal a rather horrifying liquefying of portions of the cerebral cortex), and horses that exhibit them often die within 24 to 48 hours. Those that survive often suffer lifelong neurologic defects and liver disease.

To minimize the chance that moldy corn will find its way into your horses’ feed tubs, you could eliminate corn from the diet completely. But, keep in mind, other grains also have some potential to be infected with molds or fungus, so it’s difficult to achieve zero risk.