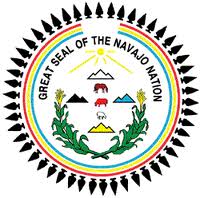 (Uh, would someone remind me once again about the Navajo’s great connection with the “spirit of the horse”? Maybe I missed a footnote or something. – Jerry)

Navajo Nation rounds up horses on drought-stricken reservation; those unclaimed will be sold 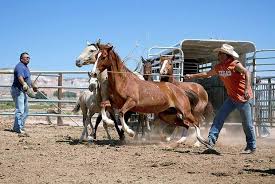 GALLUP, New Mexico — Navajo Nation rangers have rounded up numerous horses in northwestern New Mexico under an operation conducted as part of the tribe’s response to the continuing drought.

According to the Gallup Independent (http://bit.ly/1dm9qfQ), the horses are said to be either feral or belong to residents who lack grazing permits or have more horses than their permits allow.

Grazing official Wilbur Murphy says horses unclaimed by residents will be sold to a buyer either for resale off the reservation or for transport to Mexico for slaughter for meat.

The Navajo Nation has voiced support for a Roswell company’s plan to begin slaughtering horses for meat.