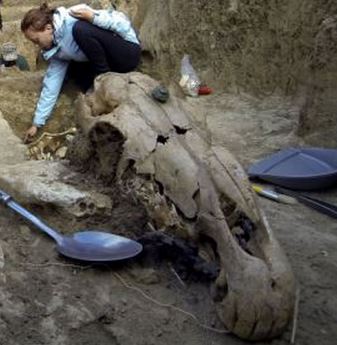 Carriage and horse skeletons were discovered in a Thracian tomb in the village of Svestari in Bulgaria.

From: http://www.dailymail.co.uk/
By: Sarah Griffiths

Archaeologists have uncovered the remains of a Thracian carriage and two horses that appear to have been buried upright.

The chariot and horse skeletons are 2,500-years-old and were discovered in the village of Svestari in north-east Bulgaria.

The two-wheeled carriage and carcasses of the horses were found in a Thracian tomb along with some decorations. 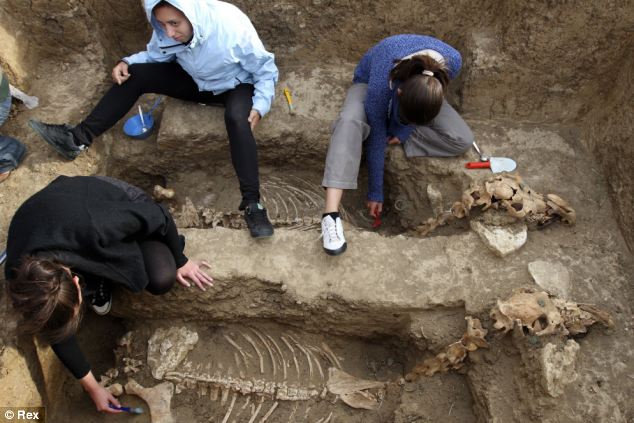 Professor Diana Gergova of the National Archaeology Institute at the Bulgarian Academy of Sciences, who led the dig, said: ‘The find is unique, it is not resembling any other carriage dating from the Thracian era ever uncovered in Bulgaria.’

According to Sofia News Agency, the discovery of the carriage was unexpected as treasure hunters have plundered many of the ancient mounds found in the region in a bid to find gold, despite a UNESCO ban of this activity.

The particular mound where the carriage was discovered, is adjacent to the well known Mound of Bulgarian Khan Imurtag, where the same research team uncovered a hoard of gold last year 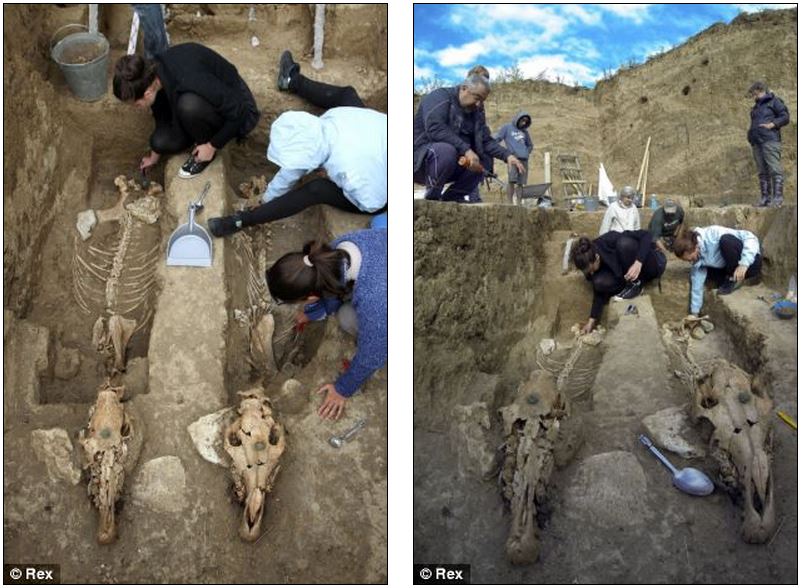 The chariot and horse skeletons are 2,500-years-old and were discovered in the village of Svestari in north-east Bulgaria

A Roman chariot complete with a seat and boot was unearthed along with two buried horses in the village of Borissvovo in Bulgaria in 2010, which shows similarities to the new find, despite being younger in age.

It was thought to belong to Thracian nobility living in the second half of the 1st century AD, judging by the imported goods found in nearby graves.

The burial mount yielded seven burial structures and two pits, one of which held the carriage and horses, HorseTalk revealed.