Missouri Regulators Asked to Rule that Horse Meat Is Adulterated

Missouri Regulators Asked to Rule that Horse Meat Is Adulterated 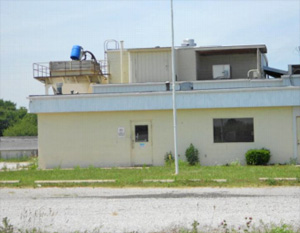 (June 17, 2013) – Front Range Equine Rescue and The Humane Society of the United States filed a legal petition with the Missouri Department of Health and Senior Services, requesting that the Department adopt a rule declaring horse meat “adulterated” as a matter of law, which would ban the sale of horse meat for human consumption. The petition explains that American horses are different than other animals we eat because they are not raised as food animals, and so they are treated routinely with many drugs and harmful chemicals prohibited for use in animals who will be eaten.  Consequently, meat from American horses is unsafe for consumers.

These substances, to which virtually all American horses have been exposed, create the potential for great danger to humans if they are eaten, including cancer, life-threatening autoimmune diseases, and other illnesses.  The petition proves that the only way to protect the food supply and the public is for the Department to declare horse meat to be adulterated, unless the horse meat producers can prove that the horses never received substances prohibited for use in food animals.  This is of great concern since the cross-contamination of beef with horse meat has been a regular topic of news in Europe, where horses are currently slaughtered for food.

Hilary Wood, President of Front Range Equine Rescue, states:  “The array of drugs that we give our horses also makes their meat unfit for consumption.  Horse slaughter not only floods the market with dangerous meat but it directly causes horrendous cruelty and perpetuates the problems of horse abuse, problems for which we have workable and humane solutions.  The killer-buyers and horse slaughterhouses have no care about the danger of the meat, or the suffering of the animals.  On food safety and every other level, it is a bad business.”

The request to the Missouri Department comes in the wake of the federal government’s announcement that it is considering applications from horse slaughterhouses, including Rains Natural Meats in Gallatin, Missouri.  At the same time, knowledgeable government officials like the Attorney General of New Mexico have ruled that horse meat is adulterated under that state’s laws, which are effectively the same as the applicable Missouri laws.

Businesses interested in killing horses have been pushing their agenda despite the threats to consumers, the public, and the environment.  Even though they know that every American horse has consumed drugs which prevent them from legally becoming edible meat, and that the horse slaughter business has routinely wreaked havoc on local community interests, the horse slaughter industry has been lobbying to begin this unwanted, unsafe, and unhealthy process.

FRER and HSUS are represented by lawyers at Schiff Hardin LLP.

*    More than 100,000 American horses are sent to slaughter each year, mainly for consumption in Europe and Asia.
*    The slaughter pipeline is horribly cruel, with many of the horses suffering immensely during transport and by the often repeated attempts to render them unconscious.  USDA has documented the abuse and misery horses suffered at former U.S. slaughterhouses.
*    Virtually all the horses used for meat spend most of their lives as work, competition or sport horses, companion animals, or wild horses.
*    During their lives, horses who end up at slaughter are given a constant regimen of drugs and other substances which are either illegal for food animals, or are potentially dangerous to people who eat them.
*    Under the current rules and regulations, there is no safeguard in place that can protect against the consumption of unsafe toxins in horse meat.
*    Consumers do not know of the inherent dangers of horse meat because it is treated the same as meat produced from animals who are raised to become food and who are not routinely administered prohibited substances.

Habitat for Horses is a 501.c.3 nonprofit equine protection organization supported solely by donations. As of this morning, we have 156 donkeys and horses under our care, plus one mule. Most of them are here because law enforcement removed them from their previous owner. Our ability to rehabilitate and rehome them comes from the financial support of people like you. Please support us by making a donation for the horses we all serve. Click HERE to donate