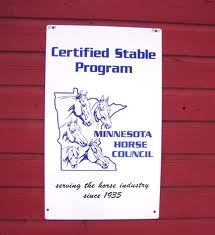 Buffalo woman suspended after charges of starving her 16 horses. 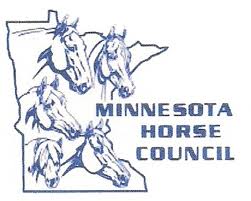 A member of the Minnesota Horse Council, the state’s most influential equine group, has been charged with felony animal cruelty for the mistreatment of her horses, two of which were so emaciated they had to be put down.

Carol Dobbelaire, 63, of Buffalo, was suspended Wednesday by the council, an umbrella organization that represents all facets of the state’s horse industry. If convicted of any of the eight counts against her — six misdemeanors and two felonies — Dobbelaire, a council director for five years, will be banned from the organization, said its president, Dr. Tracy Turner.

Dobbelaire told authorities that she and her husband were struggling financially to feed their 16 horses. However, Turner pointed out, “she’s the chairman of a [council] fund that provides hay for those who need it.”

During a week that the Minnesota Horse Welfare Coalition, a nonprofit organization that is not affiliated with the Minnesota Horse Council, launched a hay bank to help keep horses fed, 26 counts of mistreating animals were filed in Fillmore County against Wilbur Schmoll, 80. According to court documents, the smell of death permeated the farm in the southeastern Minnesota community of LeRoy. Dogs fed off horse carcasses in various states of decay. Five of Schmoll’s horses were found dead or have since died.

Authorities seized 55 of Schmoll’s horses, donkeys and ponies, the most in at least 25 years and likely the biggest equine seizure ever in Minnesota, said Keith Streff, the Humane Society investigator involved in both the Dobbelaire and Schmoll cases.

But even in a year involving Minnesota’s first-ever felony convictions involving the mistreatment of horses, the Dobbelaire case has raised eyebrows because of the severity of the charges and the affiliation of the accused.

Dobbelaire and her husband, Rick Dobbelaire, 47, each were charged with two felonies and six gross misdemeanors. (The most severe charge against Schmoll was a gross misdemeanor.) Carol Dobbelaire told authorities that she has 15 years of equine experience, but admitted she was not feeding her horses enough, according to court documents.

Court records say that the horses were so hungry that they had begun eating away the barn walls, possibly consuming the fiberglass insulation.

The horses that had to be euthanized had little body fat, sharply protruding hip bones, and ribs jutting through their skin. Hay was moldy, the barn cluttered. There was no fresh or accessible water, according to court records.

“For years we’ve operated a refuge and sanctuary and have had thin horses,” Carol Dobbelaire said Wednesday. She said that she has often taken in emaciated horses that she tried to fatten up, but to no avail.

Dobbelaire said she will fight the charges. She claims Streff trespassed and may have misrepresented himself while doing his investigation. Streff said he followed standard procedure and added that this is not the first time the Dobbelaires have been warned about possible mistreatment of their horses.

There have been three felony horse-abuse convictions this year. In Pine County, a husband and wife were convicted in separate prosecutions for letting a friend’s horse starve to death. In Olmsted County, a man pleaded guilty to a felony cruelty charge after forcing a whip up a horse’s rectum. The horse had to be euthanized because of internal injuries.

And in Waseca County, Patrick Michael Holt of Waseca faces five felony counts of mistreating horses. His trial is scheduled for March.

“The whole issue of what is a horse — a companion animal or livestock — determines whether you file felony charges,” Streff said. “Every county seems to interpret things differently.”

The Minnesota Horse Welfare Coalition, which is monitoring both of this week’s horse cases, plans to distribute hay, on a temporary basis, to horse owners in need.

A ton of hay costs $220 — nearly double the $120 it cost a year ago, said Krishona Martinson, equine extension specialist for the University of Minnesota. The rising costs are attributed to drought and farmers’ reluctance to grow hay, which cannot be insured through the U.S. Department of Agriculture. Growing soybeans and corn is less expensive and less of a risk, Martinson said.