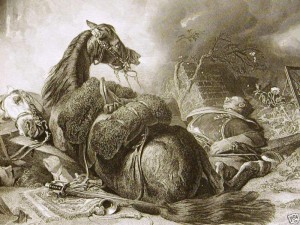 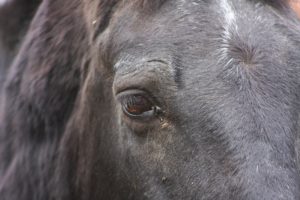 Today we will re-post an article Jerry Finch, founder and President of Habitat for Horses, wrote a few years back. It is on the subject of remembrance – remembrance of our horses and all they have done for our country. Horses deserve our highest honors for all they have done for us throughout our history. To this day, we do not have legislation that protects our horses from being sent to slaughterhouses in Mexico and Canada. Hundreds of thousands of horses each year die needlessly for the greed of a few. You can help put a stop to this madness by taking a few minutes to write your Representative asking them to pass the SAFE Act. The Safeguard American Food Exports (SAFE) Act would prohibit the slaughter of horses in the United States for human consumption, as well as the export of live horses for the same purpose.

Right now the SAFE Act is stuck in committees in both the Senate and the House. Urge your elected official to bring the SAFE Act to law. Learn how to contact your legislator here.

Please take a few minutes today to save horses from needless slaughter!

Memorial Day for Our Horses

It’s often said doing this three-day weekend that the real purpose of Memorial Day has long been forgotten. Writers, commentators and journalist around the country draw attention to the sacrifices made by those men and women who lost their lives defending our freedom and the freedom of others. Many were brave, many felt fear as life slipped away, none wanted to die, yet they did in service to our country. 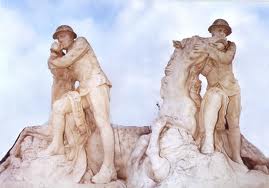 Memorial to horses in the Great War

No one mentions the lives of the horses lost in battle, the extreme sacrifices they made for our freedom. Although they aren’t used in our battle anymore, they were the forerunners of our freedoms and they too died on the battlefields by the thousands. While we would never equate the lives of horses to the lives of soldiers, we need to be mindful of all horses have given to us, and on no better day should that be done than Memorial Day.

Even as our soldiers are dying in the battlefields of Afghanistan, our horses are dying in another great battle. Just as before, they have no choice in the matter. We appointed ourselves as their keepers, their guardians and their protectors many centuries ago. We once rode them into battle. This time we’re sending them by themselves to die, not for our freedom, but for their flesh. Once they sacrificed their lives for our freedom. Now they sacrifice their life for greed, and our magnificent country, the very country for which so many men and women died, finds such greed to be perfectly acceptable.

Battles fought under the guidance of misguided politicians have never been successful without the help and determination of the brave men and women in the field. The battle for our horses will never be won without the help of those who love them. Together, we need to strengthen our resolve to redirect the politicians, to close the slaughterhouses and to keep our horses home and alive.

Together, as a nation, we stand before our flag and salute our fallen heroes. Sadly, some of our heroes continue to die, and the fallen horses of our ongoing battle deserve nothing less than our total determination to end their horror. In their honor, in their name, our battle continues.

May no man rest until the last horse is safe.