Life after racing: From famed to forgotten

Habitat For Horses / breaking  / Life after racing: From famed to forgotten
7

Life after racing: From famed to forgotten 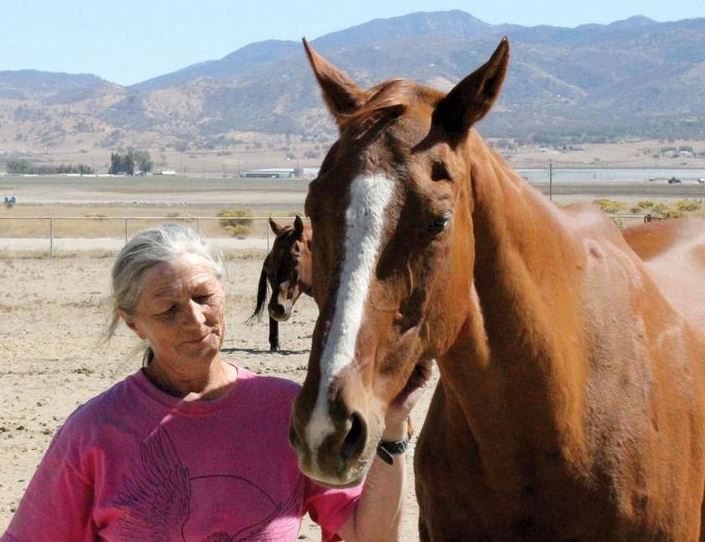 It would be nice to think that after a horse retires from racing that they will go to a life of ease on some ranch somewhere with rolling hills, grass, plenty of water, shade and warmth in the winter. Sadly that is not the fate of the majority of racehorses. After spending years in training and being pumped full of medicines and drugs to keep them going, within days of their last race you will find many of them at an auction house being sold as meat or as some byproduct. Just as we keep our pets – our cats and dogs long after they stop being cute – should not racehorse owners also keep their horses? No, the owners would not make money as they would if they could sell them or adopt them out. As the article points out, there are not enough people who are able to adopt or buy them. If the owners were to pay for their upkeep for life, that would be humane and just. These noble animals deserve the right to live. It is our human greed that prevents this from becoming a reality. ~ HfH

From: Tehachapi News
By: Matthew Martz

Founder and President of the United Pegasus Foundation in Tehachapi, Helen Meredith makes time for long-time ranch resident, Prospect for Four, who raced in 31 races and won $361, 257 for his former owners who abandoned him after his racing career. Matt Martz/Tehachapi News

Prospect for Four spent most of his life racing his heart out.

The 25-year-old chestnut Thoroughbred won nearly $400,000 during his 31-race career, but like many old racehorses, receives nothing from his former owners, who have simply forgotten him.

Like the thousands of ex-racehorses that have ended up at slaughter houses and butchered for human consumption in Canada and Mexico after they were injured, stopped winning or aged out of the industry, Prospect for Four’s future after his final race was uncertain.

However, thanks to a determined 5-foot, 2-inch, Scottish-born woman named Helen Meredith, Prospect for Four is one of the lucky few former racehorses who have retired to a life of leisure amid the golden hills of Tehachapi.

Mucking out stalls, raking hay, trimming hooves, feeding and watering are all part of Meredith’s daily duties at the United Pegasus Foundation ranch in Cummings Valley near Tehachapi.

A former jockey and trainer, Meredith founded the ranch in 1994, along with her husband, Derek. Together they trained 1993 Breeders’ Cup Sprint winner Cardmania, who lived out his final days with his former trainers at UPF.

Today the ranch is home to a few more than 80 former race horses, but Meredith said there are many more that need to be saved.

While domestic slaughterhouses closed in 2007, the “kill market” has survived with the lure of overseas butcher money — not to mention the financial burden of maintaining a horse that’s no longer profitable.

“Owners are only interested in keeping a horse that is winning,” Meredith said. “The bills come in and if a horse isn’t covering those bills, owners lose interest.”

That’s because there is a big deference in earnings from first to second place. Plus, only few horse racing events, like the Kentucky Derby and Breeder’s Cup, shell out million-dollar payouts to a small number if elite horses, while the vast majority of horses competing on U.S racetracks–more than 60,000 per year–will spend their careers running in lower-level races, far from the public eye and for a lot less money.

Many if not most of those horses will never be bred, so they’ll race for as long as they can, until their bodies wear out and their winnings diminish.

According to data compiled by the ASPCA, more than 166,000 American horses were sent to foreign slaughter facilities in Canada and Mexico in 2012, down however, from the over 400,000 horses that ended up in a slaughterhouse in the early 1990s.

Meredith attributes a portion of the decrease to a recent fall off in breeding.

Still, that’s a large number, and Meredith said that if there are that many foals being born every year, the same amount are going out.

“Even in a perfect world where a majority of those horses would come off the track uninjured and ready to adopt out,”‘ Meredith added.

“There just aren’t enough homes and experienced horse people for them to go to.”

A different kind of horse auction

It is well-documented that many racehorses end up at slaughter auctions within a week of their last race.

Unlike auctions where people are buying and selling backyard ponies, the country’s feedlots or kill pens are places where a large numbers of horses are systematically whipped and herded, and sold to “kill buyers,” by the hundreds.

From the auction, the horses are tightly packed into double-decker cattle trailers, mixing stallions with pregnant mares, foals, and older horses, which often lead to fights and injuries.