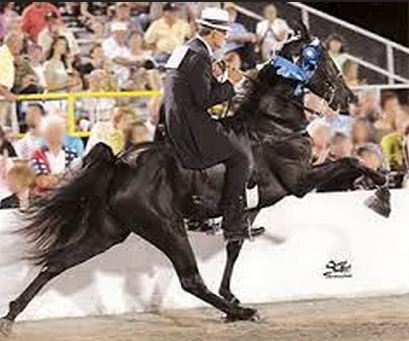 US Rep Marsha Blackburn regarding anti-soring bills says: “…and could potentially eliminate the entire industry and thus the entire breed.” What a ridiculous statement. The silence of our US Lawmakers allows hers to be the only voice heard. Call your US Representative, comment on our website, share this story – let *your* voice be heard. – HfH
[jpshare]
From: The Tennessean
By: Editorial Opinion

OUR VIEW
A bill that would greatly reduce animal abuse and strengthen the show-horse industry was brought to the U.S. House of Representatives last week. That only one member of Tennessee’s congressional delegation has shown support for the measure is a sad statement about who is looking out for the interests of this state in Washington.

HR 1518, the Prevent All Soring Tactics bill, was introduced by U.S. Rep. Ed Whitfield, R-Ky., and is intended to augment the existing Horse Protection Act of 1970. That law did much to improve conditions in the walking horse industry. But it has not kept up with illicit practices now found in some portions of the industry.

U.S. Rep. Steve Cohen, D-Memphis, is a co-sponsor with 216 other lawmakers of the new bill, which would boost the U.S. Department of Agriculture’s inspection and enforcement capabilities at horse shows. And it would expressly forbid use of weighted shoes, hoof pads and chains to force a horse to step higher for competitions.

Animal-rights groups say pain inflicted on show horses through these devices, along with caustic chemicals applied to the animals’ legs, and physical abuse continue despite proven cases of abuse.

Also supporting the bill are W. Ron DeHaven, CEO of the American Veterinary Medical Association, who describes a “culture of abuse” in the industry; and Marty Irby, past president of the Tennessee Walking Horse Breeders’ and Exhibitors’ Association, who says, “I have observed more corruption with this industry than I have seen anywhere on Earth.”

They know what is going on, and that it must stop. But people like U.S. Rep. Marsha Blackburn stand in the way. She claims the bill “imposes excessive regulatory burdens” on the industry “and could potentially eliminate the entire industry and thus the entire breed.”

That’s bunk, and Rep. Blackburn could do better than play the overregulation card. Enforcement and rules to cover new devices are exactly what is needed to save the industry. To say it will eliminate the breed — what does that say about the owners of these horses?

But at least Blackburn has a position, even if it’s the wrong one, and Cohen is on record. Tennessee’s other seven representatives and Sens. Lamar Alexander and Bob Corker are silent, even though it affects their state more than any other. Embarrassing.