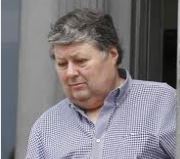 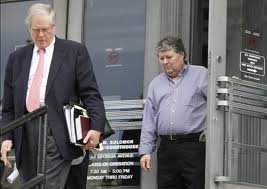 Former Hall of Fame Tennessee walking horse trainer Jackie McConnell and two associates have entered guilty pleas to charges of abusing horses in violation of the Tennessee cruelty to animals statute. McConnell pleaded guilty to 22 counts of animal cruelty, and in order to avoid jail time, agreed to a sentence of one year of house arrest followed by four years of supervised probation, a $25,000 fine, and he is prohibited from owning and training horses for 20 years. Co-defendants John Mays and Jeff Dockery pleaded guilty to 17 counts of animal cruelty and will be subject to supervised probation.

The state is seeking forfeiture of eight horses seized from McConnell’s training barn to ensure the animals are permanently rehomed and retired from the abusive show industry. At the state’s request, The Humane Society of the United States has been providing the horses with intensive rehabilitative care for more than a year.

A Fayette County Grand Jury indicted McConnell and his co-defendants in March 2013. Those charges, along with McConnell’s federal felony conviction for charges related to conspiracy to violate the Horse Protection Act, stemmed from a 2011 undercover investigation conducted by The Humane Society of the United States that revealed McConnell and his associates brutally beat horses and used painful chemicals on horses’ legs in a cruel practice known as “soring.” Soring is the method trainers use to force Tennessee walking horses to perform the exaggerated, artificial gait known as the “Big Lick.” McConnell is already serving three years’ probation and has been fined $75,000 on the federal conviction.

Leighann McCollum, Tennessee state director for The HSUS, said: “The abusive training methods used by McConnell and his associates are appalling and a clear violation of the law. He fully deserved the stiff sentence handed down as justice for the horses who were beaten over the head, shocked with a cattle prod in the face, or sored so painfully just to win a blue ribbon.”

The HSUS applauds District Attorney Mike Dunavant and Assistant District Attorney Mark Davidson for vigorously prosecuting this case, the assistance provided by USDA’s Office of Inspector General and APHIS Animal Care employees, and supports the state’s request to protect the victimized horses from being returned to their owners, who placed them in McConnell’s care.