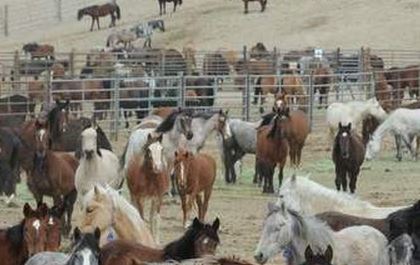 So called “mercy killings” and sterilization of wild horses on the range is strictly forbidden by the 1971 Wild Free-Roaming Horses and Burros Act, as pointed out in the article below by Cloud Foundation executive director Ginger Kathrens. Yet that is exactly what the BLM’s Wild Horse and Burro Division Chief Joan Guilfoyle strongly suggests in a 3 page internal memo. Read the memo for yourself here. Ms Guilfoyle claims the lack of budgeted money will cause the department’s insolvency to keep placing more horses in holding pens. So the best alternatives in her mind are to sterilize and euthanize? Thanks must be given to Debbie Coffey, Director of Wild Horse Affairs for Wild Horse Freedom Federation for her research on this. ~ HfH

From: RGJ.com
By: Scott Sonner 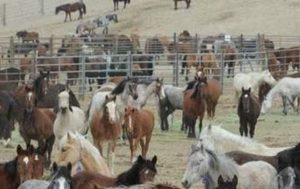 A Bureau of Land Management Holding Facility…too many horses so lets sterilize and euthanize the one’s out free? Outrageous.

The head of the U.S. government’s $70 million wild-horse management program warned last summer that it is headed for financial collapse unless “drastic changes” are made in the decades-old roundup policy she said could be setting U.S. rangeland-improvement goals back 20 years.

In a strongly worded internal memo to an assistant director of the U.S. Bureau of Land Management, Wild Horse and Burro Division Chief Joan Guilfoyle recommended suspending all roundups until thousands of mustangs currently in federal corrals are sold or adopted.

Guilfoyle also said sterilization should be considered, and she recommended for the first time euthanizing wild horses on the range “as an act of mercy if animals decline to near-death condition as a result of declining water and forage resources.”

Those are among the few realistic alternatives given a crippling combination of congressional budget cuts, spiraling costs, lingering drought, a record 49,000 mustangs in long- and short-term holding, and an on-range population that doubles every four years and is expected to surpass 60,000 in 2015, Guilfoyle said.

It’s “nearing the point of financial insolvency due to undesirable trends in every aspect of the program,” she said in the August memo to Greg Shoop, assistant director for renewable resources and planning.

“Drastic changes in course are mandatory to remain financially solvent and reverse trends” undermining the Bureau of Land Management’s goals, she wrote. “Considering the circumstances, on-range management goals may not be achieved for another 20 years.”

Labeled “Internal Working Document,” the Texas-based Wild Horse Freedom Federation obtained the memo under the Freedom of Information Act and first posted it on its website Wednesday. The Associated Press also independently obtained a copy Wednesday but couldn’t confirm its authenticity until Friday.

Bureau of Land Management spokesman Tom Gorey said it was a “preliminary discussion document” produced in “recognition of the tight fiscal climate” and based on projections Congress would cut more from the agency’s budget than it ended up doing last fall. 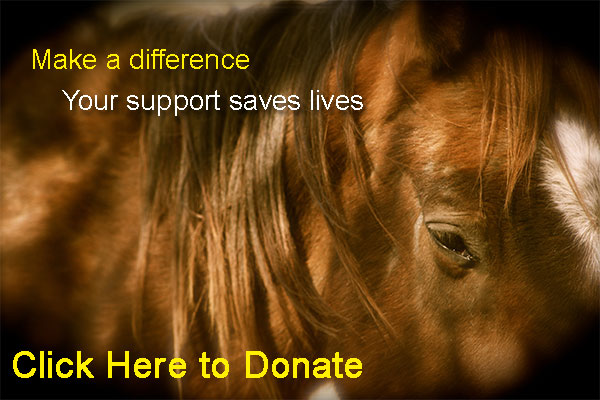