In Loving Memory Of Old Blue

Habitat For Horses / In Loving Memory Of Old Blue

A Tribute to Blue 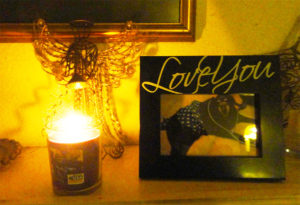 We lost Old Blue last night at 8:30 p.m. He had been going down hill for days, and my prayer was and always had been that Blue would die at home in my arms. I texted Milt, his former owner, when I came down for dinner last night and saw Blue twitching and gave him an update on Blue’s condition and he texted me back and asked if he could come visit. When I turned around and saw Blue gasping for air, I immediately texted Milt and said “come now” When Milt arrived, he sat on the floor and stroked Blue’s head and I came upstairs for a bit. When Milt left, I came down to eat dinner and give Maggie, our Pug, happy hour. As soon as I finished eating and put Maggie up, I went to lie by Blue on the floor. I had done that the night before, and all day yesterday. I started weeping and put my head on his sweet head and kissed him and said “Baby, I am so so tired, but if you want me to lie here with you all night, I will.” He laid his sweet head in my hands, and then looked up at me gasping for air, and then took three big breaths, and his huge heart gave out. He had waited for me so that he could die in my arms and take that final journey over the Rainbow Bridge.

Last night when I went to my bed and hugged on Blue’s bed, my heart smiled, and every time my thoughts would go to a dark place I felt Blue’s leg hook over my arm, as if to say “come back, let me take you down memory lane”. The first time I saw Blue’s sweet face was in June of 2012. I remember sitting at my computer and a phone call coming in that I almost didn’t take. I know now that it was God who prompted me to do so This is what I heard “Hello, my name is Milt LeGendre and I need some one to walk my dog”. Milt had gotten my phone number from a friend who worked at the Galveston Humane Society. I made arrangements to go meet Milt and his dog the very next day. When I walked into Milt’s house and saw Blue lying on the floor with that big smile on his face, wagging his tail, I was smitten. So smitten was I that I totally ignored Milt and my husband, who had come with me, and ran to Blue and got down on Milt’s floor and hugged the biggest hunk of love that I had ever encountered.. It was a moment in time I will never forget. Never did I imagine that day what a joy ride Blue would take me on for over two years. And what a ride it has been! I remember Milt telling me that Blue did not like to go out the front door. A former dog walker/pet sitter tried once, but Blue just wouldn’t go. Blue had a big stubborn streak, but he also had a severe case of arthritis and an injury to his leg that made him hobble when he walked. He hobbled into my heart and grabbed it and squeezed it and he never let go. He always smiled at me when I first walked in, and eventually when I put my key into Milt’s lock, I would hear him panting at the door. I always took him treats, and before our little sessions would start, he would get one. We would then go into the kitchen and I would pour his food into his green bowl. When he would get finicky with his food, I composed a little song that I would sing over him -“yummy yuummy in your tummy” and I would sing it until he finished his food, and he would do the hobble dance around his bowl.

The next part of our journey was hard for both of us. Blue had three rickety wooden stairs to hobble down, and some days he would just fall into the grass. Your body has memories, and some days Blue would start drooling as he gazed down those old stairs. Blue did a lot of drooling – mostly over food; but this time it was from anxiety. I believe that he remembered falling down stairs and injuring his leg. Eventually a woman I met through Habitat for Horses sent me a handicapped sling to wrap around Blue’s rotund belly when I walked him. It became even more rotund over the two years plus that we had our litle love affair. Blue would always smile for my camera, and being the drama king that he was, he would some times pose for me. I felt like a little girl again when I was with Blue. I never had a dog as a child, and I know that God reserved that doggie in the window for me, knowing that some day I would meet him, and I would feel perfect, whole and complete for the first time in my life. And the funny thing is that I still do. Instead of leaving a giant gaping hole in my heart, Blue filled it wih so much love that it is running over. I have noticed that lately the sky is bluer and the clouds are so very white. I haven’t had that feeling for years. Blue’s legacy to me was love, a love that I want to shed abroad every where that I go. How could I not? Blue’s love for me was the purest love i have ever experienced – the only perfect pure love. A love so deep that it filled and healed my heart. Well done, thy good and faithful servant , well done.