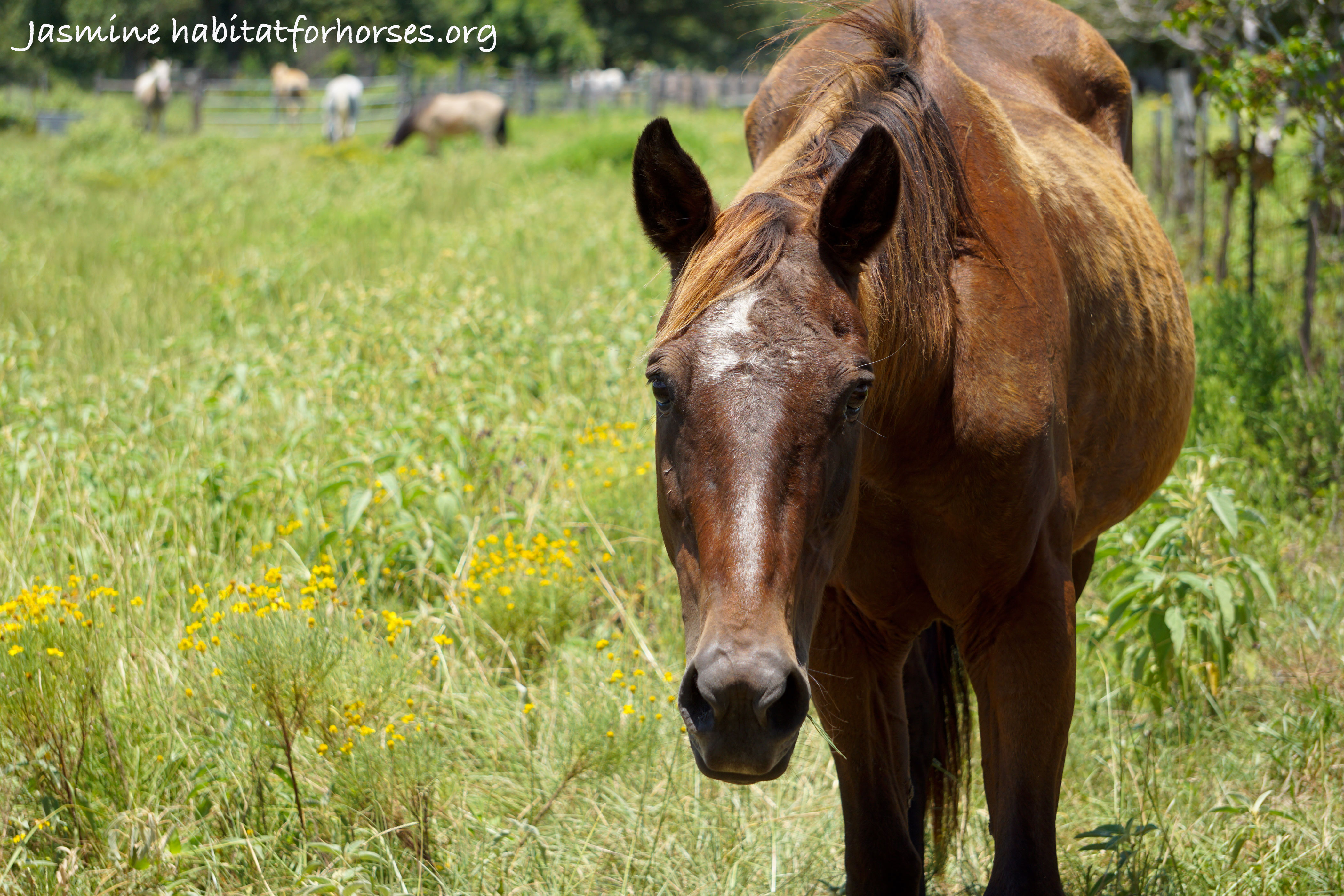 You could be a horse whisperer.

A true horse whisperer is a person who understands the language of the horse and can speak that language while showing trust and respect. It takes a very special skill, one that a horse instantly recognizes. That meeting can transform the life of a horse almost instantly. Once a horse sees a human as a leader instead of something to be feared, the horse is willing to return the trust and respect. Sadly, being a true “horse whisperer” is far too rare.

At Habitat for Horses, we deal with horses and donkeys that have been removed from their owners because of extreme neglect or abuse, often both. The failure to feed, to provide relief from pain, the failure to provide even the most basic care to a domestic animal leaves no doubt that the human in charge is no leader. Add that to the screaming, cursing and beatings and any animal will show both fear and disgust. The logic that follows is simple – no human is to be trusted.

We were recently at the scene of five starved horses, two mares and three yearlings, all trapped in a fenced vacant city lot without any forage. The bark had been stripped off the trees, the reachable leaves gone, the animals had been denied food for so long that they literally looked like skeletons with skin.

We arrived at the request of law enforcement to complete a court-ordered seizure. With police cars blocking the road, we cut the lock and took pictures for court. The horses gathered in one corner, huddled in a frightened mass. It called for the gentlest of us to approach them and attempt to place a halter on each one.

At that moment, I thought about the power of whispering, of showing all five that we were different, that we would treat them with respect if they would give us their trust. All it took was one of us, walking quietly up to the tallest mare, talking ever so gently, offering the back of a hand for the mare to smell, then softly rubbing the side of her face, for them to open up to the possibility that maybe we might be different.

Three days later, you would not have recognized that once huddled, frightened mass at the ranch. The babies were playing, the mares had their heads stuck in a pile of hay and our volunteers had just finished grooming for the second time that day.

You see, horse whispering isn’t some secret method that’s hard to learn. It’s simply understanding the fears of a prey animal and never acting like a predator. That means no screaming, no hitting, but instead giving loads of love, treating each with complete respect. That fear they once felt turns around in a very short time. The human becomes the trusted leader.
Your donation allows this to happen. Several times a week, we’re called to scenes of horrible abuse and neglect. We pull horses and donkeys out of mud-filled pastures, away from dusty lots devoid of any vegetation, out of dark barns where they haven’t seen daylight in months. Our ability to assist law enforcement is because people like you support our efforts.

At the ranch, we provide medical attention, dental, hoof care, vaccinations, microchips and plenty of food as they go through the long process of rehabilitation. Then comes the training, because to find a new adoptive home, we want the horses to be the best they can be. All of this is done through your generosity.

You have become their horse whisperer!

Habitat for Horses is your hands resting gently on their face. We become your voice softly telling them that the bad times are over. We are here to act for you. But we need your continued support.

When you donate, think of the frightened horses, know that your donation allows us to reach out to them, offering hope, respect and love.

Will you become a horse whisperer?