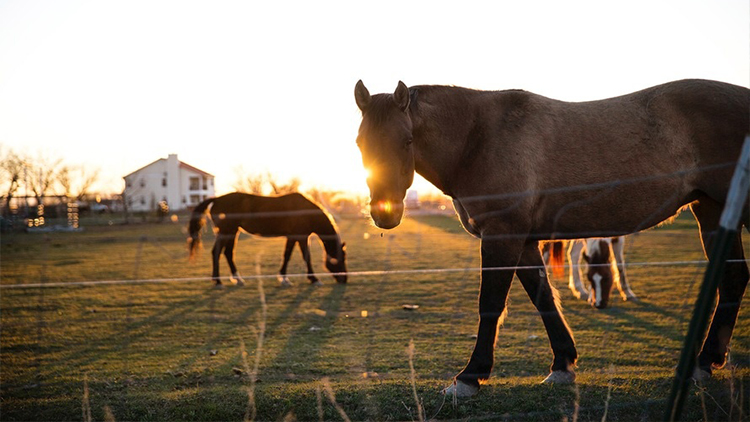 “Horse memory is a complex process, and don’t assume that everything a horse learns can be recalled again in an identical way at a later time.”

Horses, like humans and other animals, have different memory systems that allow them to store information they have learned. But which memory system a horse uses each time he learns a new task depends on a variety of factors—some of which we, as handlers, can’t control, a French cognitive neuroscience researcher said.

“Brain function studies … have highlighted that factors such as stress level and age of the individual, among others, strongly influence the memory system that will be involved in a task,” said Ludovic Calandreau, PhD, of the French National Agriculture Research Institute’s Department of Physiology of Reproduction and Behaviors, in Nouzilly. Calandreau presented on equine memory systems at the 2016 Conference of the International Society for Equitation Science, held June 23-25 in Saumur, France.

Memory is not a “unitary function,” Calandreau said, meaning it’s not just a simple measure of storing what we’ve learned in a single hard drive in the brain and accessing that information later when it’s needed. Memories are stocked in various ways and through various channels into different parts of the brain. How and where that storage occurs can change significantly from one situation to the next.

Horses, for example, might store information about a new learning task, such as a spatial detour test (where they must navigate around a barrier), in a basic mental process: They can associate a single cue with the place to go (in other words, a simple stimulus–response association). But depending on their recent experiences, their age, their state of mind, their stress level, and other environmental factors, they might stock the memories of this task instead through a mental process for spatial or relational memory. In relational memory, individuals learn a spatial map of environmental cues; so, they make associations between cues, objects, or events.