Horse meat in the US? Unlikely, but tests are rare

Habitat For Horses / breaking  / Horse meat in the US? Unlikely, but tests are rare
6

Horse meat in the US? Unlikely, but tests are rare

(Personal note – I never thought that this blog would turn into posting articles about food safety. The lies, corruption and deceit might be focused on horsemeat at the moment, but the more I’ve read, the more I become aware that the food products we buy as American consumers are killing us – and our animals. I fully expect horsemeat to show up in our food – presented as part of the “pink slime.” When the big food folks like Nestle say they are pure as snow, then get busted for selling horsemeat as beef, why would we expect anything better from big food in the US? – Just wait for it. It’s coming… Jerry) 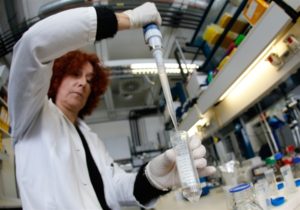 An employee of the microbiological laboratory of the Austrian Agency for Health and Food Safety prepares a sample of minced meat in Vienna this week. The samples of minced meat are tested for the presence of horse meat as a precaution. United States officials say it’s highly unlikely the scandal will reach U.S. consumers.

Europe’s scandal over horse meat hidden in beef products — including recalls of Nestle ravioli and Birds Eye chili con carne — has renewed questions about whether Americans unwittingly could be eating equine products as well.

U.S. Department of Agriculture regulators say it’s highly unlikely that beef adulterated with horse meat could make it to the nation’s dinner plates because no domestic suppliers currently slaughter horses and the agency has strict labeling and inspection standards for imported meat.

But agency officials also acknowledge privately that species testing for meat imported into the U.S. is performed typically only when there’s a reason to question a shipment.

And a Florida company that supplies the only validated tests for horse meat in food has been slammed with nearly 1,000 requests in recent weeks for its $500 kits — including orders from major U.S. meat producers.

“It’s becoming a little hectic,” said Natalie Rosskopf, administrative director of Elisa Technologies Inc. of Gainesville. “There was no call for horse testing a month ago. Nothing.”

Continental Europe has been roiled recently by reports of horse meat masquerading as beef in frozen burgers and prepared foods, including frozen dinners and pastas. This week, Nestle announced it was removing chilled pasta products produced by a German supplier, including Buitoni Beef Ravioli and Beef Tortellini, from stores in Italy and Spain, and a lasagna product from France. On Friday, frozen food maker Birds Eye said it would withdraw products including chili con carne from Britain and Ireland because tests detected traces of horse DNA.

The trouble with horse meat hidden in beef is partly a health concern. Meats taken from store shelves in Britain and Germany had traces of a powerful equine painkiller, phenylbutazone, or “bute,” which is banned in animals destined for human food, tests showed.

But it’s also about trust, especially in the U.S., where many shudder at the mere thought of eating horse meat and the deception would raise even more suspicion about a company’s practices.

“If a company is willing to commit fraud, I can’t imagine that food safety is the biggest thing on their agenda,” said Bill Marler, a Seattle lawyer and food safety expert who publishes a blog focused on the industry.

In fact, boneless beef adulterated with horse meat — and with kangaroo — did make it to the U.S. more than 30 years ago, when mislabeled meat from Australia led to the impounding and testing of 66 million pounds of the product, according to old USDA records found and posted by Marler.

USDA officials couldn’t quickly produce records of species testing results in the past 30 years — or even the past year — but they say the possibility of that happening again is remote. The U.S. neither slaughters horses nor imports horse meat from other countries, and it doesn’t allow import of beef from the countries and companies involved in the European scandal, an official told NBC News. (He was speaking on background because he said he wasn’t authorized to discuss the issue.)

In addition, USDA inspectors look at every shipment of meat sent through U.S. ports and can demand species testing if anything is amiss, documents show.

Officials with the Food and Drug Administration, which oversees processed foods, said that they had detected no horse meat in imported or U.S.-made food.

“We have no past record or current indication that horse meat is an ingredient in any FDA-regulated processed foods in the U.S.,” Jalil Isa, an FDA spokesman, said in an email. He added that FDA officials are reaching out to Nestle and Birds Eye to ensure that no adulterated food was sent to the U.S. Nestle has said no U.S. products use meat from European sources.

Birds Eye Iglo U.K. products have no connection to the Birds Eye brand in the U.S., which is owned by Pinnacle Foods, and isn’t affiliated with the U.K. supplier.

Producers such as the meat giant Cargill say they don’t import beef from plants that also slaughter horses, or from the companies and suppliers implicated in the European scandal, and they remain confident that their meat is free of adulteration.

“Cargill’s beef supply chain is shorter than those involved in the horse meat issue in Europe and we know, and work directly with, our suppliers, which minimizes the potential for fraudulent substitution of products,” Cargill spokesman Mike Martin told NBC News in an email.

Still, the problems in Europe could prompt renewed scrutiny, he added.

“We do not analyze for other species and are assessing the current situation to determine if this is something we might do in the future,” Martin said.

If they do, they’ll have to turn to Elisa Technologies for the horse species test, said Rosskopf. The company’s meat species kits, which verify animal proteins in raw and cooked meat samples, have been used for years by the USDA and by private firms, she said.

Before the discovery in Europe of horse meat in beef, the firm’s typical demand was for tests for more common species, for instance, to confirm that no pork was present in kosher meat, Rosskopf said. Now, meat suppliers mostly in Europe, but also in the U.S., have been clamoring for the equine test.

Have there been any positive tests so far?

“I can’t say,” said Rosskopf, noting that the company is known for its adherence to confidentiality agreements.