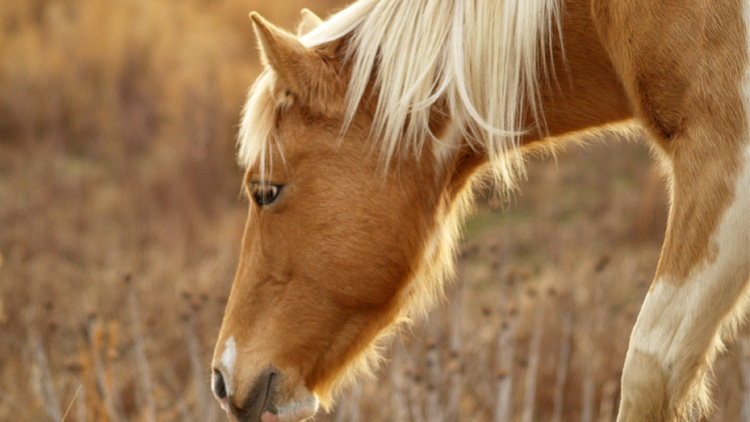 Withdrawn horses exhibit similar signs as chronically depressed humans. They take on unusual postures (in the horse, it’s a flattened neck and mostly backward ear position, with weight moved toward the front legs). They have a fixed stare and show diminished reactions to humans approaching or even touching them.

These horses also tend to stand in the stall with their heads toward the wall. And they’re not interested in treats placed in their stalls (contrary to their nonwithdrawn neighbors). But, somewhat ironically perhaps, they actually tend to be overreactive to challenging situations such as a novel object in a familiar arena, said Céline Rochais, MSc, PhD, from the University of Rennes’ animal and human ethology department, in France.

Recently, scientists in Rochais’ research group added another sign to this established list of the withdrawn, or depressed, horse: lack of attention.

Researchers at the University of Rennes, in collaboration with the University of Guelph, in Canada, performed attention testing—using different sounds—on 24 French saddle horses in a riding stable. The scientists first determined which horses—about half—showed clinical signs of withdrawal. Then, they exposed all the horses to new and unusual sounds once a day for five days in a row. The sounds included animal noises (such as geese, baboons, and whales), an unfamiliar horse whinny, and piano music. The researchers recorded the horses’ reactions to the sounds to determine their attention level to these novelties.

They found that on the first day, only half the withdrawn horses reacted to the new noises in any way, compared to all but one of the nonwithdrawn horses, Rochais said.

On subsequent days, the nonwithdrawn horses habituated to the sounds and therefore responded less and less, whereas the withdrawn horses’ reactions remained stable.

Quiet attention is not only a sign of good welfare in the horse, but it’s also a critical point in successful training, Rochais said. Horses that pay more attention and show positive behaviors toward their trainers are better learners, as she showed in a 2014 study.