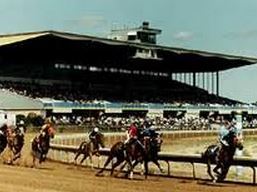 From: herRochester.com
By: Joseph Spector

ALBANY — On a cloudy and windy day Oct. 26, Magestick Tomahawk looked like one of the horses to beat at Finger Lakes Race Track in Farmington. 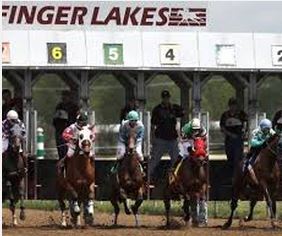 The horse was a maiden, meaning it never had won a race. But it was one of the favorites this day, after finishing a gamely second there just seven days prior.

Magestick Tomahawk battled along the rail that Saturday afternoon, but soon trailed off. It was euthanized moments later after a broken bone was found in its leg.

The 3-year-old horse was one of three on-track deaths that day. There was also a death two days later.

Overall, Finger Lakes has had 20 on-track horse deaths so far this year, surpassing the 15 fatalities for all of last year and raising concern from state regulators.

What also has alarmed the state Gaming Commission is that after a staggering number of horse-racing deaths in recent years, the number has dropped at the other three New York thoroughbred tracks, which are run by the New York Racing Association.

“The commission is concerned about the number of equine fatalities at Finger Lakes Race Track and is closely monitoring the situation,” said agency spokesman Lee Park. “If safety issues need to be addressed at Finger Lakes or any other race track in the state, the New York Gaming Commission stands ready to protect equine athletes.”

The commission said it has ordered autopsies for all the racing fatalities at Finger Lakes this year. They will be conducted at Cornell University in Ithaca in an effort to search for clues.

Finger Lakes officials acknowledged the increase in fatalities this year, but said they can’t point to any specific reason for the trend. They pointed out that the track had a decline last year. Over the past two years, the number of deaths have been consistent with the national average.

“No one ever likes to see an increase,” said Chris Riegle, the track’s general manager. “You always like to see you’re going to drive the number down. We were successful last year, and it’s a long-term trend you have to look at.”