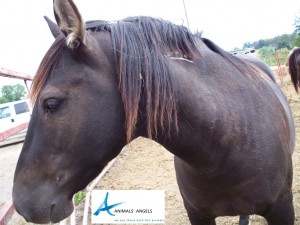 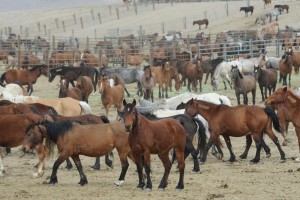 Animals’ Angels latest Freedom of Information Act request only increased our concerns over the BLM’s treatment of wild horses and burros. Among other things, the BLM’s Palomino Valley Facility in Nevada seems to be drastically under-reporting the actual number of horses and burros that have died under its “care.” In order to deal with the eventuality of equine deaths, the NV Bureau of Land Management has an ongoing contract with a rendering plant, Nevada By-Products (d/b/a Reno Rendering), to process the dead horses and burros received from Palomino Valley.

According to the contract paperwork, Nevada By-Products was chosen over landfill disposal due to cost effectiveness and the fact that “Due to the sensitive nature of the public to the wild horse and burro program, it is necessary to dispose of these large animals as quickly and discretely (sic) as possible and Reno Rendering fulfills these requirements.”

In addition to the contract itself, our FOIA request obtained all records of deceased horses and burros sent from the BLM holding facility to the rendering plant from January 1, 2010 through May 31, 2012.

During that timeframe the BLM itself reported in the official Palomino Valley Mortality Detail Report that only 241 horses and burros died at the Palomino Valley facility and 50 at the Fallon facility. However, the records from the rendering plant tell quite a different story. According to the Nevada By-Product invoices for that same time period, a startling 577 dead horses were received from the Palomino Valley Facility. This is a shocking difference of 286 animals (336 horses if Nevada By-Products does not render the horses from Fallon) , a number simply too large to ignore.

Go to the Animal’s Angels site to see the contract, invoices and mortality reports – CLICK HERE