Genes from outside herd could save Outer Banks’ wild horses

Genes from outside herd could save Outer Banks’ wild horses 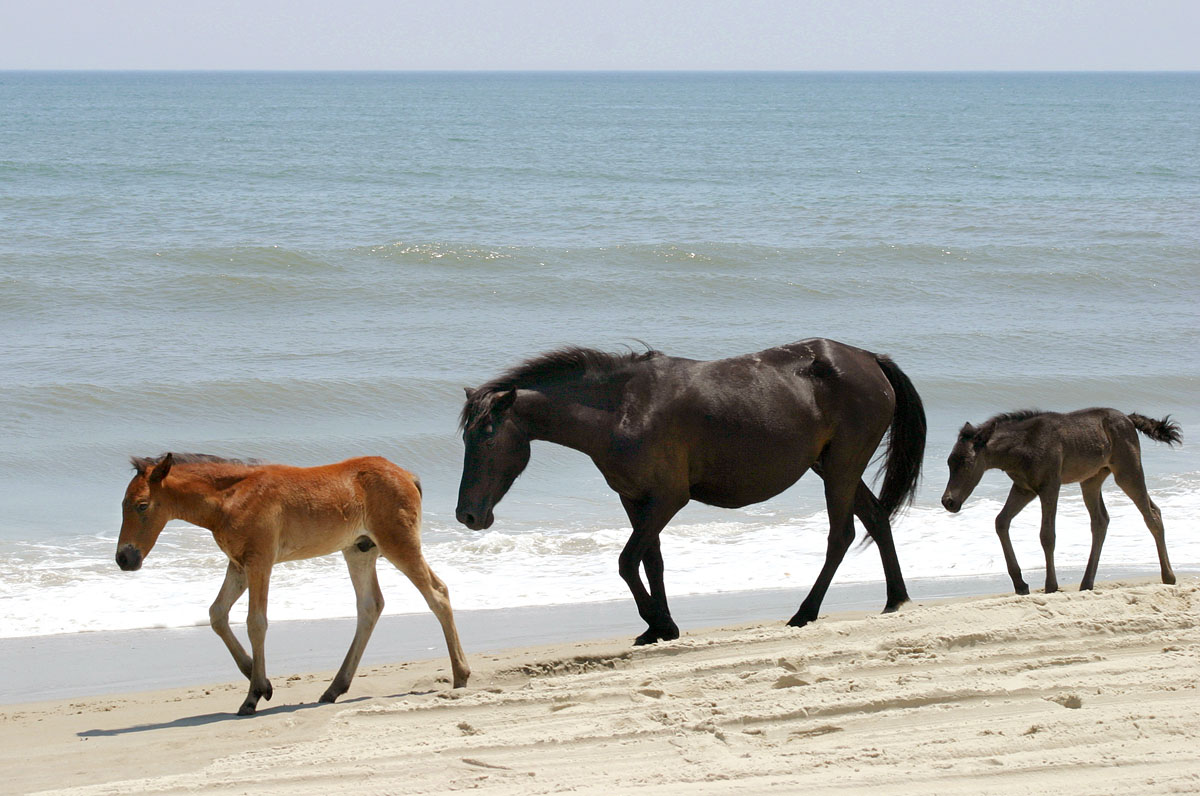 This is indeed good news – and a long time in coming for these horses who are being pushed by humans into a smaller and smaller area. ~ HFH

From: The Columbus Dispatch 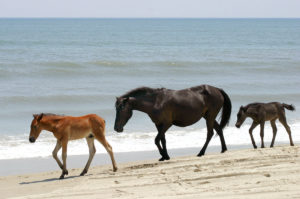 As the tourist season approaches on North Carolina’s Outer Banks, there’s a growing hope among horse advocates that the iconic wild horses of Corolla can be saved from a fate of inbreeding and deformities.

The U.S. Fish and Wildlife Service, which considers the horses “nuisance animals” that compete with federally protected birds for habitat, has loosened its stance and is allowing the introduction of new horses into the threatened herd to bring in fresh genes.

“It’s almost too good to be true,” said Karen McCalpin, executive director of the Corolla Wild Horse Fund, which protects the Spanish mustangs.

The horses have survived on a narrow barrier island in the northern edge of North Carolina’s Outer Banks for roughly 500 years. They are thought to be descendants of colonial mounts that swam to shore after Spanish galleons ran aground on the shoals and sandbars of the Outer Banks.

They are among the last wild horses in the eastern United States and a hugely popular tourist attraction. But the herd of about 100 horses has become severely inbred and is down to a single maternal line, resulting in deformities and fears of extinction.

Rep. Walter Jones, R-N.C., repeatedly pushed a bill to allow the herd to grow to 130 horses and to let the Corolla Wild Horse Fund bring in horses from a different island at the far southern tip of the Outer Banks to infuse fresh genes into the herd. But the Fish and Wildlife Service successfully opposed the bill.

Under pressure from horse advocates and members of Congress, though, the Fish and Wildlife Service is letting outside horses join the Corolla herd under a new management plan.

The Corolla Wild Horse Fund has taken advantage of the green light by quickly adding a 4-year-old stallion, Gus, from Cedar Island 100 miles to the south.