From Kentucky Derby to dinner plate: how to end the horsemeat pipeline

Habitat For Horses / breaking  / From Kentucky Derby to dinner plate: how to end the horsemeat pipeline
6

From Kentucky Derby to dinner plate: how to end the horsemeat pipeline 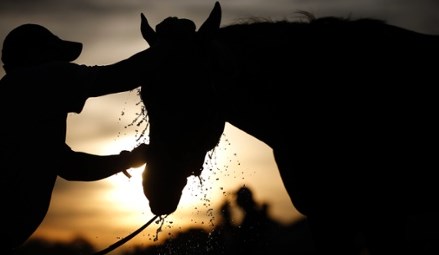 We need to get SAFE Act passed to stop kill buyers from sending thousands of horses overseas to slaughter. Write your representatives yourself or sign a petition to help get the SAFE Act passed.

The article below discusses how such celebrated horses as Kentucky Derby racers can wind up on European dinner plates…and how the SAFE Act will help end that. ~ HfH

From: The Guardian
By: Edward McClelland

The plight of a thoroughbred starts at the breeding farm, stops at the track and ends at the slaughterhouse. Will US legislation overcome the European appetite for horsemeat? 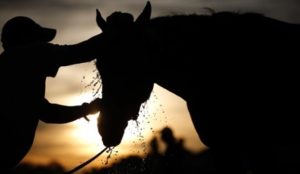 Last year, over 150,000 American horses were shipped across the border to slaughterhouses in Canada or Mexico. An estimated 10,000 were thoroughbreds. Photograph: David Goldman / AP

Whichever horse wins this Saturday’s Kentucky Derby will never suffer the fate of Ferdinand. The winner of the 1986 race – a long shot at 17-to-1 – Ferdinand was sold as a stud to a Japanese breeder, then sent to a slaughterhouse when he failed to sire speedy offspring. Now, sales of expensive stallions often include a “Ferdinand clause”, ensuring sellers can buy them back after their breeding careers end, so their lives don’t.

For lesser racehorses, though, there are no such protections. Unless you were betting on horse races in Florida in the mid-2000s, you’ve probably never heard of a nine-year-old mare named Proud Mover. A daughter of Proud Citizen, the runner-up in the 2002 Kentucky Derby, Proud Mover raced only five times. She never won. After her retirement from the racetrack, Proud Mover gave birth to three foals. Then she went barren.

A thoroughbred who can’t race and can’t breed isn’t worth much, so on Good Friday this year, Proud Mover’s owner put her up for bid at the Shipshewana Auction. A weekly sale in Indiana’s Amish country, the auction attracts Amish looking for buggy horses, riders looking for trail horses … and slaughterhouse agents, looking for meat.

There are actually two auctions in Shipshewana. There’s the main event, which takes place in an amphitheater where horses are led in on halters and described admiringly as “sound” and “good for riding”. Then there’s the loose horse auction, which takes place behind the barn, in the morning, before most of the crowd shows up. The loose horses, considered unfit for work or riding, are prodded or frightened out of their pens by wranglers, who slam the gates in the snouts of any animals attempting to follow. They sell for as little as $10, mostly to “kill buyers”, who load them into semi-sized trucks for their final journey, to Canadian or Mexican slaughterhouses, where they will be sliced up into steaks for Europeans with a taste for horsemeat.

Proud Mover was put up for bid in the loose horse auction, where a gabbling auctioneer pronounced her sold to a kill buyer, for $550. The old racemare was led away to a dim barn behind the auction hall, where she was penned up with dozens of other horses bound for the knacker’s. 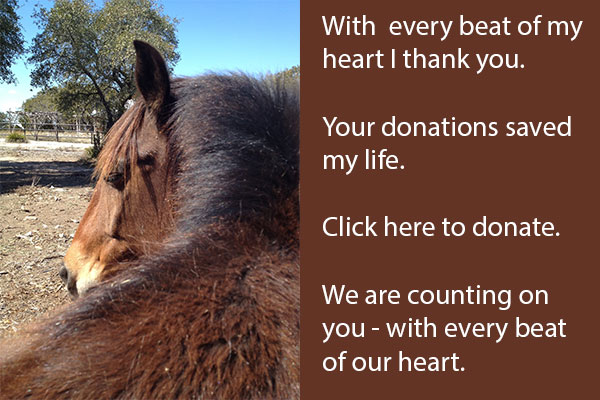