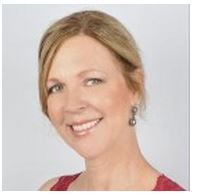 Wild horses and cattle rancher’s grazing leases – many people have heard those two topics on the news. How cattle ranchers are demanding more land, and for the wild horses to be removed. It is not like the wild horses have any place to go. The holding pens set up by the Bureau of Land Management are not a place for horses to thrive. What most people do not know is that most cattle ranchers are not the small farmers they portray on the news and in documentaries – they are very wealthy people. Vickery Eckhoff has done some fine journalism on this topic. ~ HfH

From: The Daily Pitchfork
By: Vickery Eckhoff

Forbes Billionaires Top US Welfare Ranchers List
They’re mega-rich, powerful and on public assistance. [Part IV of an ongoing series on ranchers in the media]

Americans love ranchers: Gritty ranchers, mom-and-pop ranchers, renegade ranchers — especially those who raise livestock on the vast open prairies of the West through hard work and rugged independence. But there’s another side to the ever-popular rancher mythology— a side the media doesn’t cover and the public never sees.

The Koch brothers, Ted Turner, the Hilton family and nine other powerful ranchers share an uncommon privilege: giant public subsidies, unknown to U.S. taxpayers. It’s the other side of the Cliven Bundy story, the other side of the Wright brothers saga—the bronc-riding, ranching family at the center of the New York Times photographic essay published March 11, 2015. It’s also the other side of the ongoing news feed in which ranchers work to remove wild horses from public lands.

That “other side” of those stories is the federal grazing program that enables the Wrights to run their livestock on public lands for cheap; allows ranchers to have thousands of protected wild horses removed from public lands at public expense. It’s also the program that earned Bundy the title of welfare rancher.

Bundy didn’t earn it by failing to pay his grazing fees, though. The welfare rancher label applies to all ranchers who hold permits to graze the vast public spaces of the West, both delinquent and not. It includes the Wright brothers; the ranchers in Iron and Beaver counties in Utah complaining that wild horses eat too much; and 21,000 others.

The .01 percenters are the nation’s biggest welfare ranchers, according to numerous environmental and policy groups; and it’s time they brought some attention to themselves and the federal grazing program they’re exploiting to the tune of an annual estimated one billion dollars in taxpayer subsidies while causing long-term damage to one of the public’s most treasured assets.